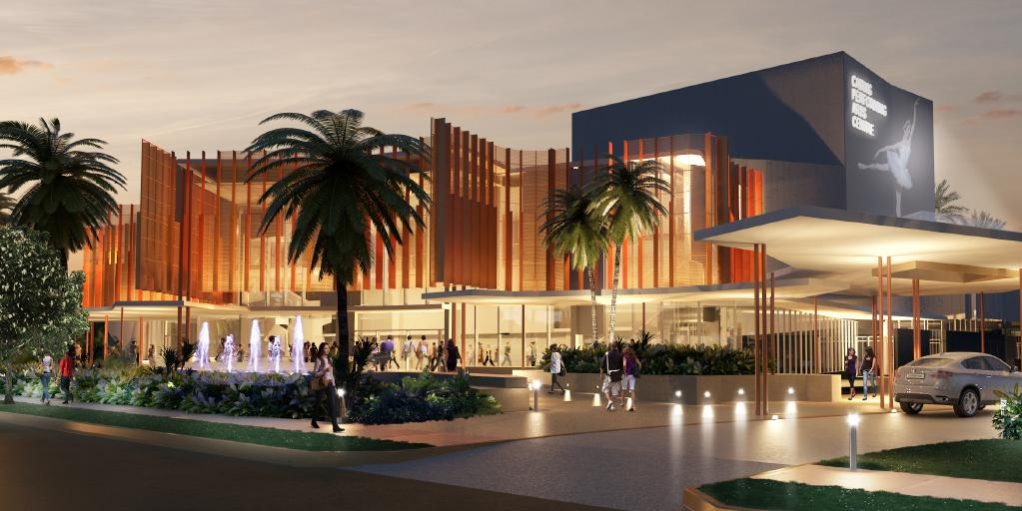 Stage performers and audiences in Cairns now have access to a spectacular new performing arts centre in the heart of the tropical Queensland city.

He said the project was jointly funded with the federal government investing $10 million, the Queensland Government $15 million and Cairns Regional Council $46 million.

“The 400-seat black box theatre, a rehearsal and warm-up area, an orchestra pit and a contemporary stage, presented performers and their audiences with the opportunity to enjoy a wide range of theatrical and musical experiences,” Mr Entsch said.

“A regional capital like Cairns should have the kind of quality live-performance venue we expect to find in major cities and this new facility will undoubtedly help to bring more high-class touring shows and acts to Far North Queensland.

“CPAC will become one of the great assets of our city for locals and tourists to enjoy.

“I would like to pay particular mention to the people in our city who had a vision and fought to ensure it became a reality.

“Projects of this size create a ripple effect through the local economy and this one in particular has created almost 300 construction jobs and 15 more ongoing roles,” Mr McCormack said.

“It is already had a major positive impact on the city and the economy.”

Cairns Regional Council Mayor Bob Manning said the new centre has significantly expanded the city’s capacity to host a wide range of performances and will offer a better venue for local artists to tell their stories.

“This building is a milestone in achieving our vision for Cairns to be recognised as the arts and cultural capital of Northern Australia,” Cr Manning said.

“This strategy will change the soul and the character of our city and is a key step in advancing the evolution and progress of our city.”