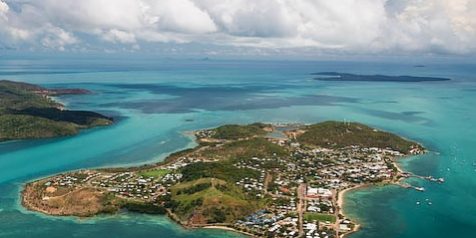 A $312,475 grant has been awarded to the Torres Strait Island Regional Council (TSIRC) to create a plan for waste and material biosecurity management for its local government area.

“The TSIRC represents 15 unique island communities over 42,000 square kilometres of land and sea and is on the frontline of Australia’s biosecurity,” Mr Littleproud said.

“It’s an extraordinary responsibility for the Torres Strait to shoulder, and with this grant the council will develop a single, targeted Waste and Material Biosecurity Management Plan.

“This plan would bring together the waste management and biosecurity responsibilities for each community and employ a local Waste and Biosecurity Engagement Coordinator to work closely with communities to implement the plan.

“Northern Australia plays a huge role in keeping the rest of the country safe from pests and diseases, and I couldn’t be prouder to be supporting this initiative.”

“We’ve been taking care of country for 65,000 years. It’s about combining traditional and contemporary Indigenous knowledge with conservation training to protect and manage land and sea,” Mr Wyatt said.

“We are one of the most unique local government and biosecurity areas in Australia,” Cr Mosby said.

“This community-led approach is aimed at empowering our people through utilising their existing knowledge and building new biosecurity management skills. The protection of our ecosystems, cultural places and communities is fundamental to our role as Traditional Owners.”