An open letter to the Australian Council of Trade Unions, their executives and members 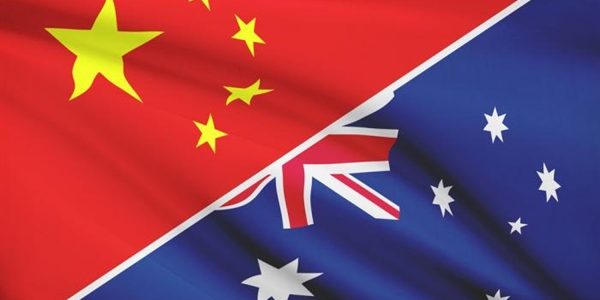 On 9 October you invited me to be involved in a public debate on the China Australia Free Trade Agreement (ChAFTA) – to state the case for it, and explain how it will benefit working people and businesses in Leichhardt.

In responding, I explained that I was unable to accept the invitation on that day, or the following day, due to pre-arranged commitments with constituents in my electorate.

The ChAFTA is, indeed, an important matter that will create real opportunities for many businesses in Far North Queensland – ranging from dairy and horticulture, to minerals and resources, service-providers and investors.

It’s clear that your plan for this pseudo-debate this month is just part of nationally-orchestrated political stunt by the ACTU in which you can lie to the faces of local residents by saying I didn’t have the courage to show up. I would hope that you also tell those who do attend that you’ve been falsely promoting the event despite knowing and acknowledging that I couldn’t attend?

You would be well aware that the legislation for the ChAFTA passed the lower house of Parliament earlier this month with the support of your comrades in the Australian Labor Party – including, I note, very vocal support from current and former Labor leaders such as Peter Beattie, Daniel Andrews, Jay Weatherill, Bob Hawke, and John Brumby.

We know for a fact that the Labor party supports it, so we must also assume the current Labor candidate for Leichhardt also supports it.

Therefore, when I politely explained my unavailability for the debate, why wasn’t she or another Labor representative invited instead to explain why this new Free Trade Agreement is great for our country?

I would expect you to contact all of your members and supporters, and anyone else who may have RSVP’d to your event to let them know they have been invited under a false pretence – I cannot make it on either of your proposed dates due to other electorate-related commitments, and you haven’t bothered to find a replacement so that you can hold a true debate.

Even if I had been available, I’m inclined to say not to political stunts and spend my time more productively working with my community.

You should be ashamed – inviting people with a genuine interest in the ChAFTA to an event and claiming that they will hear ‘both sides’ of the debate. It’s a blatant lie, and I would expect that you make this quite clear to the people of Leichhardt.