A Word from Warren – Ice scourge on our streets (October 2015) 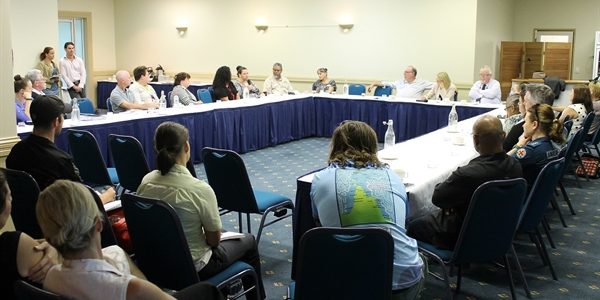 Ice poses the highest risk of all illegal drugs to our community because of the violent, menacing and irrational way people behave under its influence.

At a recent community forum with the Assistant Minister for Health, Senator Fiona Nash, we heard that while ice use is not yet widespread in our region, it’s increasing at an alarming rate.

The fight against ice can only be effective when the community and law enforcement agencies work together. That’s why I’ve welcomed the Coalition Government’s commitment of $1 million in funding for Crime Stoppers to roll out a national ‘Dob in a Dealer’ campaign. The national campaign asks community members to report people who are dealing illegal drugs as part of a national initiative to crack down on the supply of ice at our borders and in our communities.

The campaign will be rolled out in consultation with the states and territories but all instances of crime or suspicious behaviour can be reported to Crime Stoppers now on 1800 333 000.

Cairns intersection to get major upgrade
11 June, 2021
Go to Top