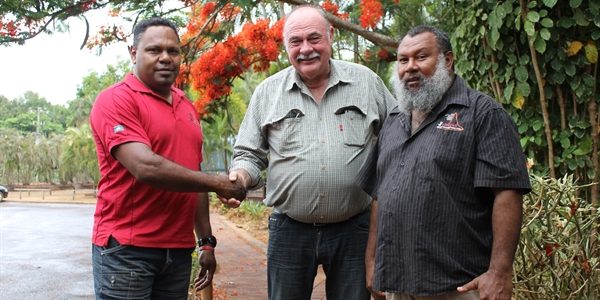 THE Federal Government will invest up to $10 million towards constructing a bridge over the Jardine River on the Cape York Peninsula.

The investment honours the Government’s commitment to deliver key infrastructure to improve the lives of Aboriginal and Torres Strait Islander people in Far North Queensland.

“Residents in nearby Indigenous communities rely on the existing ferry crossing to connect to the south and the bridge will make it easier and less expensive for them to make this journey. It’ll also be a great benefit to tourists crossing the Jardine River as part of the iconic voyage to the northernmost point of Australia.

“In addition, it will provide far more capacity to bring in more tourists in the future and offer much greater opportunities for businesses in the NPA.

“I’m pleased that our new Prime Minister Malcolm Turnbull has made these commitments – he’s listened to me and he’s understood the issues facing communities and he’s agreed to prioritise funding.”

“I’ll be working closely with NPARC Mayor Bernard Charlie and Council as we progress this important piece of infrastructure,” Mr Entsch said.

Mayor Charlie said he clearly remembered the handshake deal with the former Prime Minister for funding this project when he visited in late August, and said he was pleased it has been honoured by Warren Entsch.

“Warren has delivered and Council is very pleased with this announcement, and we know the community will be too,” Mayor Charlie said.

“The community of the NPA will now be able to travel 24/7 to go south and to return home to family safely.”

Northern Australia is a region of immense opportunity and a key part of the Government’s economic agenda. This project is a clear example of the Commonwealth’s commitment to unlocking the potential of Northern Australia, decreasing the high cost of living and improving the lives of Aboriginal and Torres Strait Islander people.