Watch the launch of the first NBN satellite 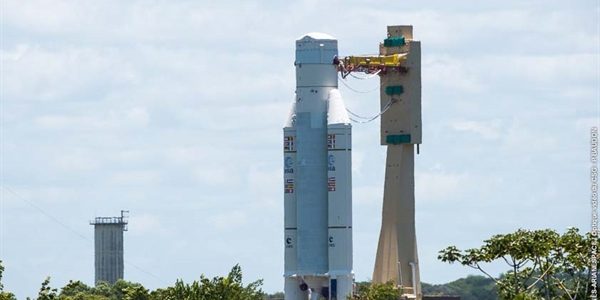 THE countdown is on for high-speed broadband in regional areas of Leichhardt with the launch tomorrow (THUR) of the first of two new multi-million dollar NBN satellites.

The satellite, named ‘Sky Muster’ is scheduled to be launched from the French Guiana city of Kourou, in South America, sometime between 0630 and 0746 Eastern Standard Time – with the entire launch being streamed live at www.nbnco.com.au/skymuster.

“This is an exciting point in the NBN rollout,” Mr Entsch said.  “I know that access to high-speed internet is vital for people living and working in Leichhardt – particularly in communities that are isolated during the Wet Season, where there are children being home-schooled or businesses operating in remote areas.

“The NBN’s fibre-to-the-premises and fibre-to-the-node rollout is continuing, and now with the launch of the Sky Muster NBN satellite we’re well on schedule to connect 8 million homes and businesses in Australia by 2020.

“Once the new Sky Muster satellite is online, it will radically improve the speed of internet access for those currently using the Interim Satellite Service – with speeds of up to 25 Megabits Per Second, instead of the 1-7mbps that people now experience,” said Mr Entsch.

The new NBN satellite service is expected to be operational from early 2016, once satellite dishes have been delivered and installed at households and businesses across the region.

The cost of the roll-out is covered by the Government, although there may be some one-off installation fees for properties depending on their individual circumstances.

Mr Entsch also said that he knew of businesses in the region – particularly in the Daintree, Cape York and the Torres Strait – who have experienced a significant reduction in their download and upload capability.

“NBNCo has told me that the drop in capacity is a result of the Interim Satellite Service being grossly oversold by the previous government, leaving a few Retail Service Providers able to sell much larger plans than others, and leaving many users with a tiny amount of download capacity,” Mr Entsch said.

“NBNCo has had to bring all users to a similar level, which is why some businesses have experienced this cut.

“I recognise however that businesses in remote areas already have numerous challenges so if the cut in internet capacity is having a damaging impact on their operations, I’m more than willing to argue the case with NBNCo.

“I will need case studies from businesses and people who work from home, so please send a concise summary of your situation to warren.entsch.mp@aph.gov.au and I will take these to the Minister.”