Verdict handed down on Cairns Courthouse refurbishment . . . it’s a winner! 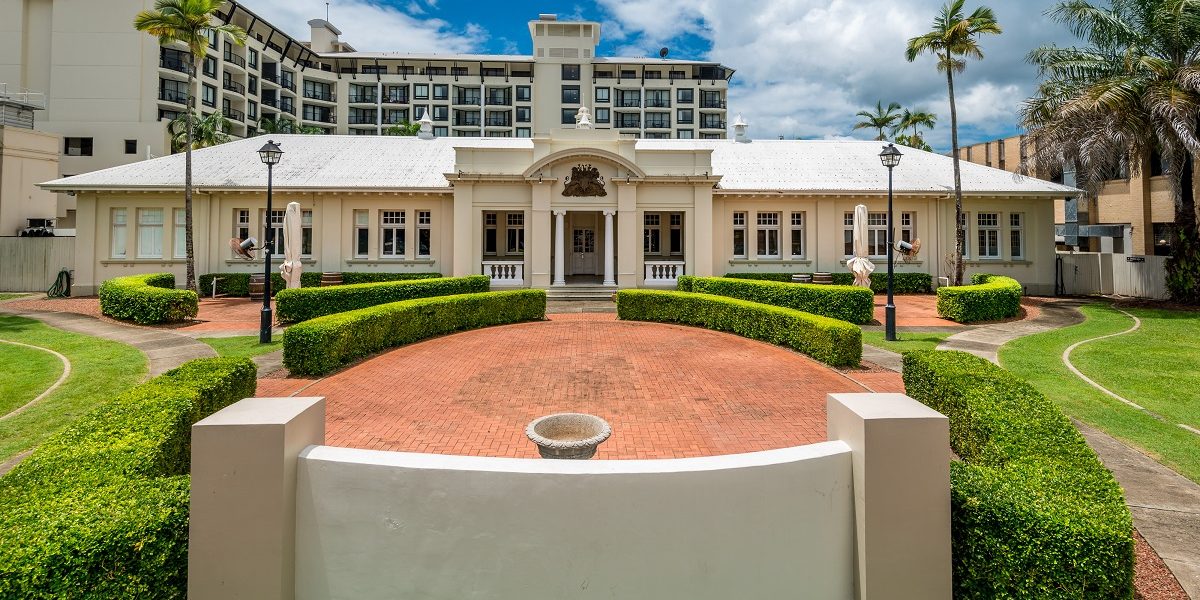 Locals and visitors will now be able further appreciate the city’s rich and vibrant heritage following the completion of the Cairns Courthouse refurbishment project.

He said the Courthouse, built in 1921, is one of Cairns’ most significant and important historical buildings.

“Between 1998 and 2016, the Courthouse operated as the ‘Cairns Courthouse Hotel’ prior to being purchased by Cairns Regional Council for the purposes of this project,” Mr Entsch said.

“The project has increased the available space for the co-located Cairns Regional Gallery by creating a large open space for artworks, events and tours and by integrating this development into the vast gallery precinct in the Cairns CBD.

“The project has made the venue more functional, increased its audience capacity, improved audience comfort and will allow the venue to deliver more events through the wet season.”

“Built in 1921, the Courthouse is one of Cairns’ historical buildings and with this investment, it has been transformed into a large open space for artworks, events and tours alongside the Cairns Regional Gallery,” Mr McCormack said.

“By supporting 14 jobs in construction and creating an expected 38 ongoing jobs after completion, in addition to using local businesses and supplies, this project will be a Cairns attraction many years to come.”

This project received $2.1 million in funding from the Australian Government under the Regional Jobs and Investment Package with Cairns Regional Council provided the remaining $3.1m toward the project.