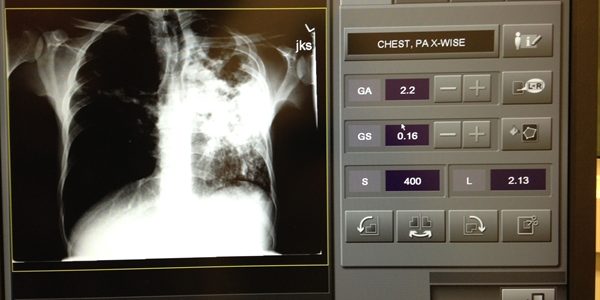 Dr Goosby will meet a host of Australian decision-makers, academics and clinicians while in Australia before travelling to the Torres Strait.

While the global death toll from TB has halved since 2000, it continues to claim more lives than any other infectious disease, including HIV. Globally, there are 1.8 million deaths each year, with 940,000 of them in the Asia Pacific. Our region shoulders approximately 62 per cent of the global TB burden with 6.9 million cases per year.

Dr Goosby will be welcomed in Australia by the Australian TB Caucus which is co-chaired by the Hon. Warren Entsch MP, Member for Leichhardt and the Hon. Matthew Thistlethwaite MP, Member for Kingsford Smith.

“Tuberculosis is a gut-wrenchingly horrible disease. While it may have slipped from Australian consciousness it is a harsh and grim reality just kilometres from our northern border. While Dr Goosby is here, we intend to impress upon him the critical challenge of multi-drug resistant TB in Papua New Guinea,” Mr Entsch said.

Mr Thistlethwaite said Dr Goosby’s visit was an opportunity to keep the urgency of TB in the minds of Australian leaders and policy makers, particularly in light of the G20’s recent commitment to take action on antibiotic resistance ? of which drug-resistant TB is the greatest source globally.

“Australia has demonstrated its commitment to ending tuberculosis, through our support for the Global Fund and its work. We must make sure that commitment is enduring.”

Dr Goosby previously served as Professor of Medicine at the University of California, San Francisco (UCSF) and Director of the UCSF-UC Berkeley Institute for Global Health Delivery and Diplomacy.

Dr Goosby contracted latent TB as a young doctor in San Francisco. His visit to Australia is co-hosted by RESULTS International Australia and the Pacific Friends of the Global Fund.

Background on Australia and TB:
? By investing in reducing the burden of TB in our region, the Australian Government will assist in reducing further the risks of TB and its more deadly and costly multi-drug resistant forms.
? In 2016 Australia pledged AU$220 million to the Global Fund to Fight AIDS, TB and Malaria ? a 10% increase on its previous (2014) pledge.
? In 2015 Australia announced AU$30 million in funding over three years for product development partnerships
? In 2014 Australia made a three-year commitment of AU$15 million to support TB prevention, control and care in PNG. This funding agreement also expires in 2017.