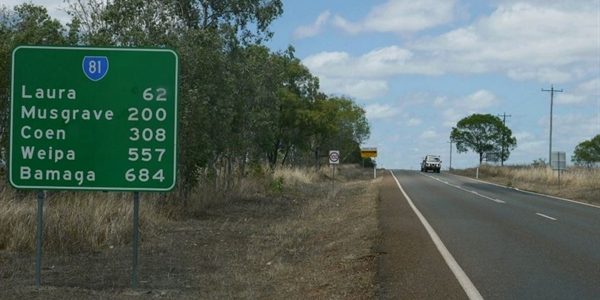 Three projects on the Peninsula Developmental Road (PDR) will be complete prior to the 2015 Christmas break, with another to be completed early next year.

“Upon completion of the Mein Deviation project early next year, approximately 44.5 kilometres of road will be upgraded, helping to strengthen local and Indigenous communities through increased economic activity in the region.

Federal Member for Leichhardt Warren Entsch said 78 kilometres of the Peninsula Developmental Road will be sealed once the four projects are completed.

“Further sealing works under the Cape York Region Package will start after the wet season. The upgrades are progressing well, and we’re looking forward to delivering a stronger and improved PDR that will help establish better connections and economic development for local Cape York communities,” Mr Entsch said.

Queensland Minister for Main Roads, Road Safety and Ports Mark Bailey said as of December, 12 kilometres of the Mein Deviation project was sealed, with another 17 kilometres of road due to be sealed by late January.

“Trainees have been working across several areas including environmental management, cultural heritage monitoring and machine operation. Applications for tenders and sub-contracts will be announced early next year for the delivery of the 2016-17 projects on the PDR, and industry briefings will be held at key locations and in Cairns.”

The Cape York Region Package is a jointly funded project with the Australian Government contributing $208.4 million and the Queensland Government $52.1 million.