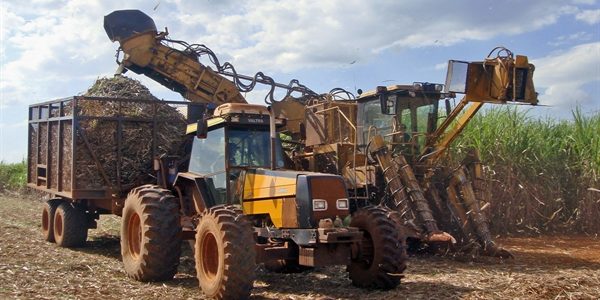 THE ABBOTT Government’s Sugar Marketing Code of Conduct Taskforce will today recommend to Agriculture Minister Barnaby Joyce and Small Business Minister Bruce Billson that a mandatory Code of Conduct be adopted for the sugar industry.

The Taskforce, which was established at the behest of the Agriculture Minister and Prime Minister Tony Abbott in December last year, was set up to investigate competition and marketing issues facing the cane sector following moves by foreign millers to exit traditional arrangements with Queensland Sugar Limited.

Taskforce Chair George Christensen said that the taskforce had recommended a mandatory Code of Conduct that addressed these key points:

“The overarching fact is cane growers operate in markets which are not truly free, as they are, by and large, forced to sell their product to a single monopoly miller,” Mr Christensen said.

Taskforce member Warren Entsch, the Federal Member for Leichhardt, said there was wide-ranging consultation on the proposed Code of Conduct.

“One of the things that stood out was that if we want to maintain a robust industry, growers cannot be relegated to being producers of a single commodity – sugar cane,” Mr Entsch said.

“If you look overseas, there are multiple uses for this crop. The future prosperity of growers is dependent on their capacity to capture some of the economic returns that are available for a much broader diversity of uses other than just granular sugar.

“I hope that what we have established here with the Code of Conduct will provide them with that opportunity.”

Mr Christensen said the overreach by millers, in seeking to further entrench a lack of competition in the market by monopolising the marketing of sugar had caused widespread anxiety about the future of the industry.

“If we let this go through to the keeper, if we do nothing, we’re going to let the sugar industry devolve into a feudal-like system where the farmers are the peasants and the millers are the landlords, as it exists in many other parts of the world where foreign-owned millers do business,” Mr Christensen said.

Yesterday the Senate Select Committee on Rural Regional Affairs and Transport chaired by Labor Senator Glenn Sterle Recommended to the Abbott Government that they develop and implement a mandatory sugar industry code of conduct, and pointed to the work of the Taskforce as a potential foundation on which the code of conduct could be established.

“I thank Senator Sterle and the other Senators on the committee inquiry for their endorsement of the Taskforce work,” Mr Christensen said.

“We hope our combined efforts will produce a resolution to this issue for the thousands of cane farming families who fear for their future in this industry.”