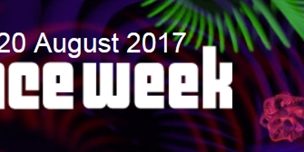 Leichhardt MP Warren Entsch has congratulated JCU for its efforts to inspire people about science, technology and innovation during 2017’s national celebration of science, running from 12-20 August.

“I’m thrilled that JCU will be giving people an opportunity to participate in National Science Week this August with their project that will include three feature activities,” Mr Entsch said.

• The ‘Come and try!’ art-science collaboration space will encourage people to interact directly with scientists and their research via an interactive platform;

• The ‘Cafe? Scientifique: Why I became a scientist in the Tropics’ event will provide an open forum to hear from local researchers and postgraduate students; and

• A PechaKucha Night will sell science through stories.

“These events will bring together scientists, artists, musicians and the general public, both young and old, to explore and celebrate science in the Tropics,” he said.

“It’s also notable that 2017 sees National Science Week celebrate two decades of successfully involving people from all walks of life in the wonder of science.

“This longevity not only shows that people are fascinated by the science in our everyday lives, but also proves that anyone can participate in science activities, regardless of their background, age or location.”

Science in the Tropics Rocks! is among 39 projects chosen nationally to receive funding in a $500,000 grant round announced this week by Minister for Industry, Innovation and Science Senator the Hon Arthur Sinodinos AO.

“These initiatives will give people in metropolitan, regional and remote areas opportunities to meet scientists, do science, discuss hot topics and celebrate the contribution of Australian science to society, culture and economy,” Minister Sinodinos said.

“Science is critical to our wellbeing, prosperity and international competitiveness, so engaging the community and equipping young people with future-focused knowledge and skills is vital.”

Science Week activities are run right across the country to help to inspire Australia’s next generation of scientists and innovators and increase community awareness of science in everyday life.

Other projects supported by this year’s grants include pop-up science festivals, an astronomical observatory on wheels, an exploration of innovations for a Future Earth, and virtual reality journeys to the microscopic world inside a plant cell or to the outer reaches of the galaxy.

Several of the activities funded emphasise inclusivity, like science workshops designed for people with intellectual disabilities, sessions for people with different cultural and language backgrounds, coding skills workshops for youth on the autism spectrum, and DIY science film nights for even the remotest locations.

National Science Week 2017 will also feature a suite of Indigenous science initiatives and others highlighting female role models and encouraging girls to participate in science.

More details about National Science Week which will run from 12-20 August are available at www.scienceweek.net.au