Tangaroa Blue Foundation commended for cleaning up the reef 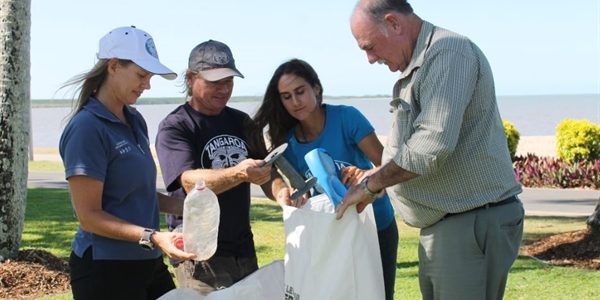 FEDERAL Member for Leichhardt Warren Entsch has commended a Port Douglas-based organisation in Parliament today for its efforts to remove and catalogue five-million pieces of rubbish from Australian beaches.

“In 2004 the Tangaroa Blue Foundation established the Australian Marine Debris Initiative and, since that time, nearly 50,000 volunteers have not just been picking up marine debris and beach litter but also recording what they found,” he said.

“Last week they reached a huge milestone – having picked up and logged five-million individual pieces of rubbish from our beaches.

“By logging each piece of rubbish picked up, they’ve been able to build an impressive database that is now helping organisations at every level – from local government to international – better identify where the rubbish is coming from, and create strategies to stop the pollution of our oceans,” he said.

Mr Entsch gave the speech after recently catching up with the co-founder of Tangaroa Blue Foundation, Heidi Taylor, and members of her team in Cairns.

The Foundation held its inaugural Great Barrier Reef Clean-Up off Townsville last weekend and will be holding more clean-ups across Queensland in the coming week.

“In the Far North, I’d encourage locals to take part at the Cape Kimberley clean-up on Saturday, or at Fitzroy Island or Walker Bay on Sunday,” Mr Entsch said.

“I thank Heidi and the Tangaroa Blue Foundation team for their outstanding service to our environment and our community.”