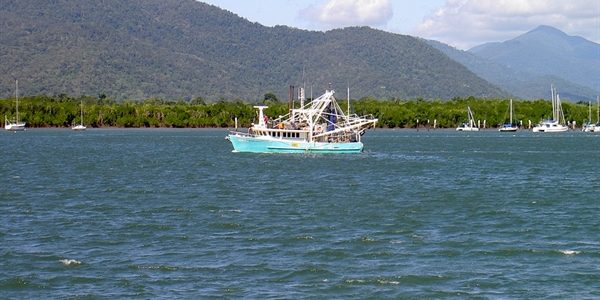 “It’s essentially Groundhog Day,” said Mr Entsch, “because once again we have a Labor government dancing to the tune of their puppet masters – the Greens.

“I’m disappointed that the previous state government squandered the opportunity to get things started quicker. There was a commitment, but they allowed the Environmental Impact Statement drag on for far too long.

“Furthermore, the argument that $40 million wasn’t enough to move forward with the project has no basis – the then-Premier Campbell Newman had committed to a further $50 million, and there was an understanding that further funds could be available after the Environmental Impact Statement was released.

“The lesson here is to not allow bureaucrats to control the agenda, but to light a fire under the people who make the decisions – move quickly and get things done.”

“I have no doubt that the AMCS study was commissioned simply to promote an anti-development agenda,” he said.

“Independent studies like this will spit out any outcome you pay for – bias questions will result in bias answers.”

He said he’s keen to see where the local elected state members stand on this issue.

“Will they be subservient to the Greens like their colleagues in Brisbane? Or will they stand up for the community of Cairns?

“I, for one, will continue to advocate for Trinity Inlet to be widened and deepened.

“Cairns needs this to happen if we’re to build our economy, strengthen our tourism industry, and realise its potential of becoming the largest tropical city in Australia,” he said.

Mr Entsch repeated that dredge spoil from the project should be disposed of on East Trinity.

“The Federal Government has been very clear that dredge spoil will not be disposed of anywhere in the Great Barrier Marine Park,” he said.

“Disposing of the spoil on land at East Trinity has always been a better option. It’s better for the environment, and also brings the next stage of Cairns closer to the CBD by developing a site that’s only five minutes across the water.”

Mr Entsch added that he suspects this is just the beginning of the new Palaszczuk Government reneging on many promises for Far North Queensland.

“You watch what happens in the coming months,” said Mr Entsch, “they’ll renege on the state government’s promise to provide electricity north of the Daintree, and they’ll bring the World Heritage Listing of Cape York back onto the agenda.

“This is just the start of the new Queensland state government sacrificing Far North Queensland to capture votes in the South East corner.”