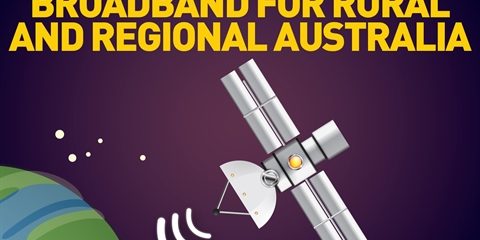 THE Coalition Government has announced Sky Muster satellite users are expected to receive around 50 per cent more peak data and twice as much off-peak data from October.

NBN Co will provide the extra data at no extra cost to retailers, although how retailers structure their plans is up to them.

Issues around Sky Muster data were raised by Ministers Fiona Nash and Mitch Fifield at an NBN Co board meeting a few months ago.

Ministers had heard the concerns from customers that Sky Muster did not supply enough data allowance for some customers, particularly for businesses, and asked the NBN Co board to find ways to deliver more data to customers.

Member for Leichhardt Warren Entsch said he was extremely happy by the news for the people living in remote areas of Cape York and the Torres Strait.

“This increase in data is a great first step and there's more on the way, including plans created for businesses,” Mr Entsch said.

“An extra 35 gigabytes of peak data would allow, for example, a business to do 50 more hours of high definition videoconferencing with colleagues and clients, or a student to do 25 more hours of watching university lectures every month, or a photographer to send an extra 3500 pictures a month.

“We hope that the plans will continue to adapt to address future needs of consumers in Cape York and the Torres Strait,” Mr Entsch said.

Under Labor, Sky Muster users were set to receive just 35 gigabytes of peak data a month in total.

Minister Nash said she was pleased to be delivering more data to Sky Muster users.

“For the first time, we expect customers to be able to purchase plans of more than 100 gigabytes a month of peak data.

“The Government made plain to NBN Co in its 2016 Statement of Expectations that the company is to explore upgrades to all of the technologies used in the rollout.

It is very pleasing to see that NBN Co has bought forward this upgrade to Sky Muster in line with this expectation,” Minister Fifield said.

The Coalition Government has already doubled the data available to Sky Muster users above what they would have received under Labor by using the second satellite rather than have it orbit the earth as a backup.

The Government’s announcement follows the huge improvement in Sky Muster stability, with outages down 90 per cent in April on what they were in September 2016.