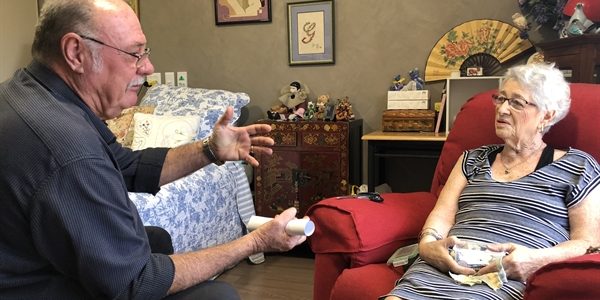 Senior residents in Far North Queensland and their families will benefit from significant aged care quality reforms announced today by the Federal Government.

At the heart of these reforms, aged care regulation, compliance and complaints handing will be brought together in a new and independent Aged Care Quality and Safety Commission.

Federal Leichhardt MP Warren Entsch said the reforms would give the elderly residents of Far North Queensland much needed reassurance that everyone receiving aged care is being looked after properly.

He said the unified commission will be a responsive one-stop shop to highlight quality failures and will work with providers to have them quickly rectified.

“When I speak to people in the community their desire for reform in the aged care sector has been made very clear, and they have been urging the government to make the hard decisions and we have listened,” Mr Entsch said.

“Our senior Australians built the nation that we enjoy today. They have rightly earned the respect of the community and must be cared for with the dignity they deserve.

“This announcement is a significant reform in raising the bar on quality aged care, and sends a strong message to Australians that quality aged care is a top priority for the Turnbull Government.

“The new independent Aged Care Quality and Safety Commission will give the more than 1.3 million Australians in aged care support and their families, peace of mind that they will receive safe, quality care,” Minister Wyatt said.

“The establishment of the Commission is in response to the Carnell-Paterson review into failures at South Australia’s Oakden Older Persons Mental Health Service.

“The Review, commissioned by the Turnbull Government, found the current aged care regulatory framework does not adequately provide the assurance the community expects.”

Mr Wyatt said the new commission would start from 1 January 2019 and would bring together the functions of the Australian Aged Care Quality Agency, the Aged Care Complaints Commissioner and the aged care regulatory functions of the Department of Health.

He said the reforms would include development options, in consultation with the aged care sector, for a Serious Incident Response Scheme to ensure the right systems are in place to identify an incident and prevent it from occurring again.

“We recognise that the vast majority of providers give consistent, quality care to their residents. But, as we have seen, there can be failures,” Minister Wyatt said.

“We must ensure that disasters like Oakden are never repeated.”

The new Commission will:
• Drive better coordination between all those involved in the care of senior Australians;

• Increase transparency and sharing of information.

• Give senior Australians and their families a single point of contact when they need help in dealing with claims of substandard care.

• The Commission will be led by an independent Aged Care Quality and Safety Commissioner who will report to the Minister for Aged Care and be supported by an advisory group.

• In addition, a new Chief Clinical Advisor will provide advice to the Commission, particularly on complex clinical care matters, including medication management