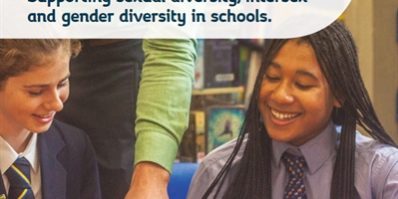 IN March 2015, the Parliamentary Friendship Group for LGBTIQ Australians invited Safe Schools Coalition Australia to brief them and answer any questions we had.

The co-chairs were impressed with the range of resources and supports made available to Australian schools through the program and compelled by the statistics we were presented about the effect of discrimination and bullying on the mental health and wellbeing of our young people.

After the briefing, the group pledged its support for safe and inclusive schools in Australia. We as a group of cross-party parliamentarians are committed to doing everything we can to ensure that every child has the very best possible chance to be their best at school.

The Prime Minister requested that a review of the program take place and that has now occurred.

The review was undertaken by a respected and experienced professional educator in Emeritus Professor William Louden. We call upon all our colleagues in federal parliament to now respect the review and its findings, and have today written to Senator Simon Birmingham, Minister for Education and Training, to express our support for the work of this programme.

It is time to move on and let schools be free to seek support from Safe Schools to tackle the very real and disturbing issues confronting same-sex attracted, gender diverse and intersex young people in our schools today.

There is evidence emerging that the negative commentary regarding Safe Schools is having a detrimental impact on the very young people at the heart of our conversations – LGBTIQ students. Presentations at mental health services have significantly increased and we cannot stand by and watch that happen.

“I am a father of two primary school aged children now, but I taught English for 11 years and all too often saw the heartache and misery students had to endure due to bullying. Appropriate information for all students plays a crucial role in preventing this cruelty,” said co-chair, Graham Perrett MP.

“If there need to be some improvements to the material produced by Safe Schools, then by all means let’s do that,” said co-chair, Warren Entsch MP. “But we mustn’t throw the baby out with the bathwater. Teachers are reaching out for this resource to help some of the most vulnerable children in our society, to educate the school community about tolerance and acceptance. In the schools I’ve spoken to, it’s working.”

“Safe Schools saves lives, turning the tide on bullying, hate and discrimination in our schoolyards. It is encouraging that people on the ground are clearly seeing its value, with 32 schools adopting the program since the controversy began last month,” said co-chair, Senator Janet Rice.

Beyondblue and headspace back Safe Schools. Australian Secondary Principals Association, Australian Council of State School Organisations, the National Children’s Commissioner – they all back Safe Schools and the work it is doing in our schools. We must too. We must set aside our differences and focus on supporting vulnerable young people.