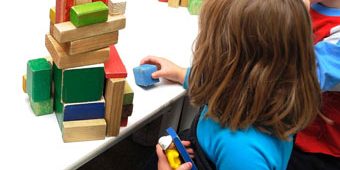 Extra child care support for more families in the Far North is here with the Federal Government’s new child care system kicking in earlier this week.

“I have spoken to mums and dads who have struggled for too long with the cost of child care and are tired of battling a system that limited their ability to work the hours and days that suited them,” Mr Entsch said.

“These reforms will mean more subsidies for local families working the most as well as those earning the least, scrapping the annual rebate cap for most families as well as putting in place an hourly rate cap to keep downward pressure on fees.

“In fact, in our region around 7764 families are set to benefit, being hundreds – if not thousands – of dollars a year better off under the Coalition Government’s reforms.”

Federal Education and Training Minister Simon Birmingham said the reforms would put more money back in the pockets of hardworking Australian families.

“The Turnbull Government’s reforms will inject an extra $2.5 billion into the system and are set to benefit almost one million families nation-wide,” Minister Birmingham said.

“We’re also introducing an activity test to ensure subsidies are targeted to those who depend on child care in order to work, train, study or volunteer, or who are looking for work or want to work additional hours.

“It’s estimated around 230,000 families will increase their workforce participation.

“These changes are key to the Federal Government’s plan for a stronger economy that helps guarantee the essential services that so many families rely on, such as child care and early learning support.

“Our reforms stand in stark contrast to the Labor Party who voted against more child care support for families and who have refused to outline any plans for Australia’s early childhood education and care system.”

If families haven’t made the switch yet, they should visit www.education.gov.au/childcare or update their details on myGov so they can start to benefit from the new system.

Back payments of the new Child Care Subsidy for up to three months are available for families who are yet to make the switch.