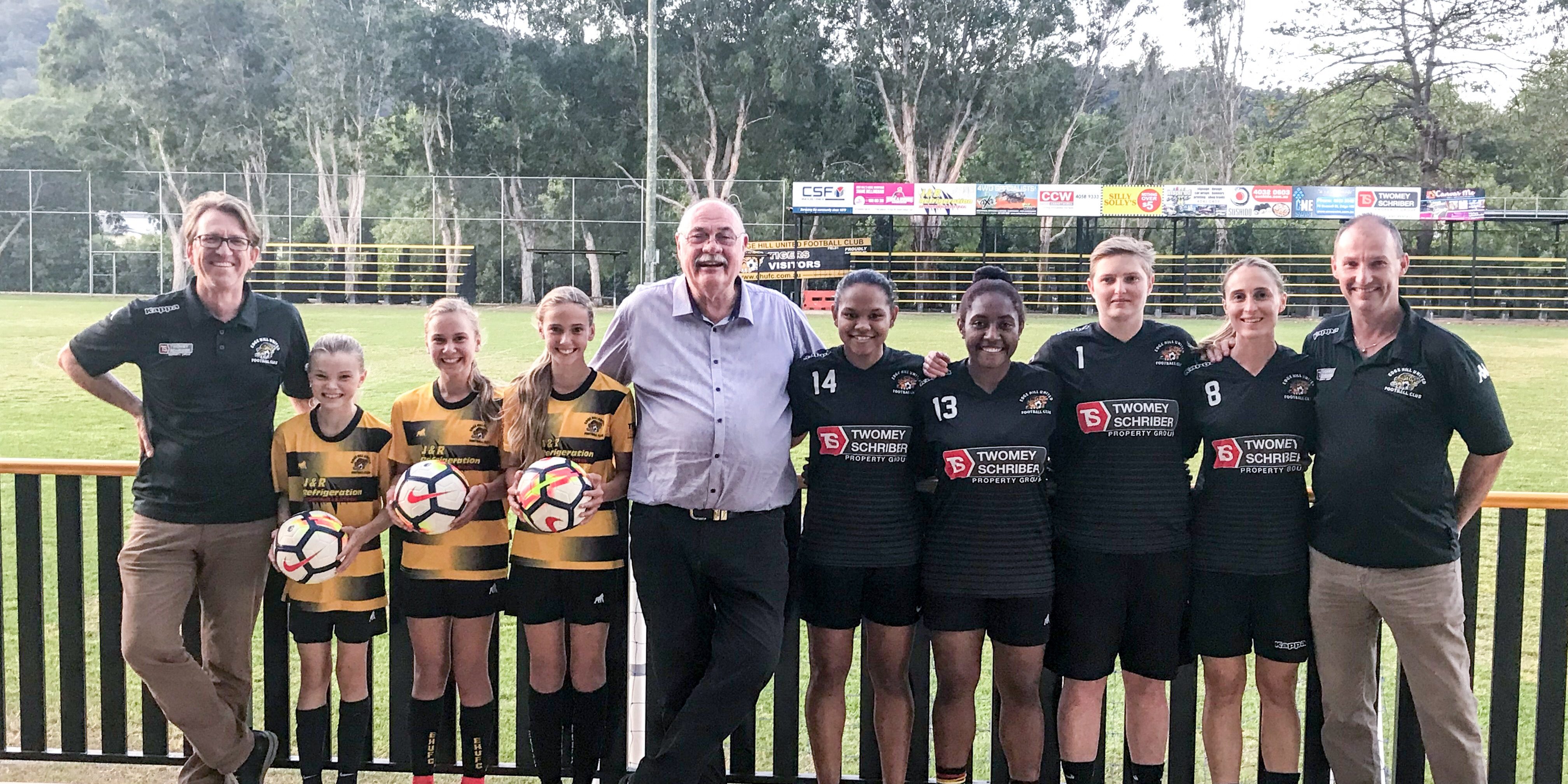 The Edge Hill United Football Club has scored a victory for its members and the broader community with the opening of new facilities that promote greater inclusivity and build a stronger, healthier community.

“Edge Hill United Football Club have a wonderful goal to provide a fun, inclusive and family-oriented sporting club, but outdated female facilities made it a challenge for the club to increase female participation,” Mr Entsch said.

“Importantly, and appropriately, the club involved female players, coaches, managers and volunteers in the design process.

“The result is a state-of-the-art sports facility that can be home to a thriving, diverse and inclusive football club that is an active community for gender and cultural equity, providing football opportunities for all.”

“Community sport infrastructure is an investment in healthier, happier communities and the value of these spaces is much more than a place to play sport, they are so often at the heart of communities,” he said.

“I know these new facilities will help add to the community pride and spirit in Cairns.”

Federal Youth and Sport Minister Senator Richard Colbeck said there had been overwhelming demand for the program, which not only focuses on building better sporting facilities but connecting communities and promoting physical activity, social cohesion, civic pride and economic vitality.

He said this was  just one of the 684 projects being delivered through the Morrison Government’s $100 million Move it AUS – Community Sport Infrastructure grant program.

“This is one of hundreds of projects we’re funding that will benefit millions of Australians, in every state and territory,” Mr Colbeck said.

“Last year we launched our national sport plan – Sport 2030 – and established a vision for Australia to become the world’s most active and healthy nation.

“This program is a major step in giving Australians the access to the healthy active spaces they need to get moving.”

“I look forward to seeing the progress of all the sporting infrastructure projects we’re supporting through this important program.”