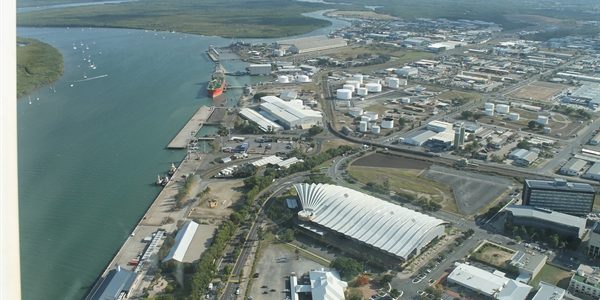 LEICHHARDT MP Warren Entsch has warned against “allowing the naysayers to squander opportunities” if the Far North is to realise some of the key opportunities on its horizon.

Speaking in Parliament yesterday on Address in Reply (an opportunity for members to speak on any issues relevant to their electorate), Mr Entsch said he had been “saddened” by what he has seen as a decline in the Cairns region over the last seven or so years.

“This has very much been as a direct result of poor policy decisions by the two previous Labor governments,” Mr Entsch explained.

He highlighted factors including;

·   the pink batts scheme which not only caused the death of a young local electrician, 22-year-old Mitchell Sweeney, but affected many small businesses

·   the school halls debacle which only helped large multinationals

·   the closure of the Coral Sea, and

“All of these issues have had a profound impact on our region,” Mr Entsch said.

“For years, small businesses have been struggling to stay afloat. Four hundred small businesses in the Far North have closed their doors in the previous two-year period. We have record unemployment levels and, at one point, they were the highest in Australia. Even today I note that we have the second highest youth unemployment rates in the country.”

However, he said, it was not “all doom and gloom” because Far Northerners were an optimistic bunch.

“We are starting to see some serious signs of recovery – a number of big-ticket projects are sitting in the wings, waiting for a start. They just need a little support.”

“If projects like these stack up, they will be absolute game-changers for our economy. So, rather than making excuses as to why they cannot be done, let us find a way to make them happen.

“Let’s encourage projects that will have flow-on effects in education, tropical health, tropical agriculture, tropical aquaculture and of course tropical medicine. These tie in perfectly with the Coalition’s Northern Australia plan.

“This policy is the first in my lifetime that I have seen that actually prioritises the opportunities for Northern Australia and it will have ramifications that will last for generations.”

Mr Entsch added that there were a range of social issues he would continue to focus on, including mental health and aged care, as well as seeing out the rebuilding of the Torres Strait sea walls and helping to achieve insurance affordability and availability.

“We are on the cusp of a prosperous and brilliant future for the first time in many years,” he ended.

“But it will not happen unless we want it to. We need to be looking at ways that we can facilitate these initiatives in economically, socially and environmentally sustainable ways.

“I am excited at the prospect of being able to work with my home community to make this a reality. This is our chance, let’s grasp it.”