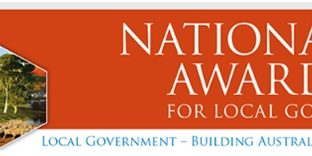 “Through these awards the Government celebrates the ‘best of the best’ local government projects which range from infrastructure and regional growth to art.

“I encourage all local governments to submit projects that contribute to building a stronger and vibrant communities.”

The national winner of the 2016 Awards was Mackay Regional Council in Queensland for their Transforming a Water Business project.

Federal Member for Leichhardt Warren Entsch said councils interested in nominating their projects have until Friday, 3 March 2017, to do so.

“That gives all local councils just five weeks to nominate any projects which they believe align with the NALG’s judging criteria,” Mr Entsch said.

“Councils have the opportunity to nominate under a wide range of categories including boosting productivity through Infrastructure or contributing to regional growth.

“I know we have some very active local councils in Leichhardt which have driven projects that are innovative, engaging and effective so I’d urge them to get involved.”

More information about the awards, and how to submit an entry, is available at: www.infrastructure.gov.au/nalg