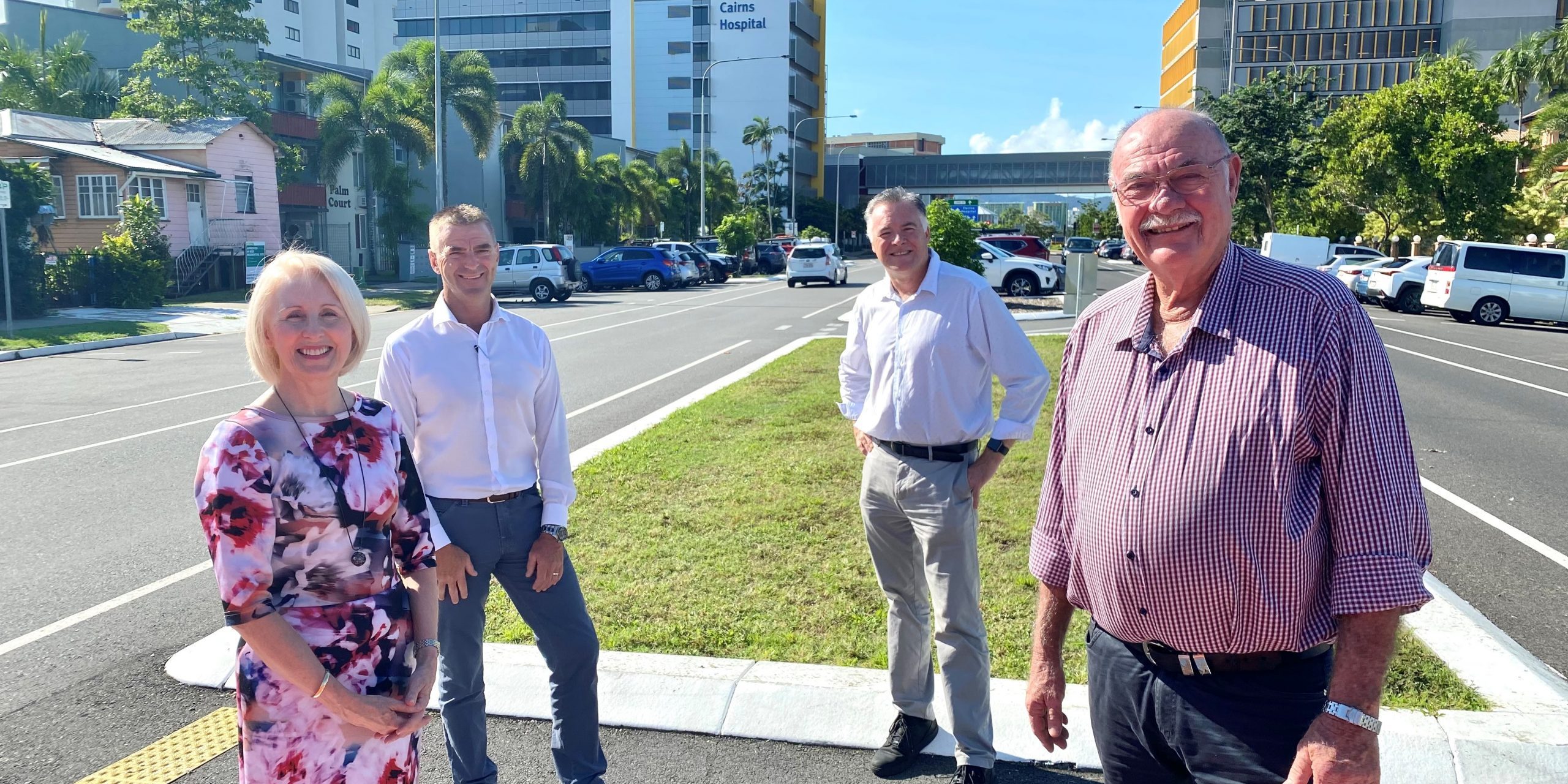 The Cairns University Hospital and health innovation precinct is one step closer following an agreement between James Cook University and landowners to purchase land required for the project.

The financial aspects of the sale are subject to confidentiality agreements.

The Morrison Government announced $60 million towards establishing the Cairns University Hospital in 2019 in partnership with James Cook University.

The funding included $10 million required by the Commonwealth Government to purchase the necessary land and $50 million towards stage one of the project.

The money was allocated in the 2019-20 federal budget and represented the full federal government funding requirement.

Federal Leichhardt MP Warren Entsch said this was a major step in ensuring the Cairns University Hospital becomes a reality.

He said now the majority of the land required for the project had been secured he looked forward to the Queensland Government coming good on its election commitments and actually deliver the project.

“The ball is absolutely in their court now. There are no more excuses as to why this much-needed project can’t go ahead,” Mr Entsch said.

“I want to thank James Cook University for taking the initiative to ensure the required parcels of land have been secured to ensure this project isn’t stalled any longer.

“For the university hospital to be operational by the target date of 2025, the Queensland Government needs to get cracking now, not in another three years on the eve of yet another state election.”

Mr Entsch said the $50m earmarked for stage one will see James Cook University establish an Education and Research Centre (CTEC) which will form a critical part of the overall university hospital precinct.

He said stage one would also result in much-needed hospital beds.

“The new facility will allow for the relocation of research and education staff who are currently being housed within the Cairns Hospital to free up space to be repurposed for clinical use,” he said.

“The new building will include research laboratories, education and teaching spaces, an auditorium and office spaces for research, education and executive staff.”

“The health and innovation precinct is intended to showcase the region’s expertise, as well as ensure that we attract and retain great specialists and clinicians from around the world,” Professor Harding said.

“Our plan is to realise the benefits of co-locating our students, teachers, clinicians and researchers and by doing so establish a leading destination for those who will create the health and health service innovations of the future.

“One important goal, dependent on federal government approval of extra places, is to further extend our Clinical School into Cairns and this will enable students to complete their entire medical degree here in the Far North.”

“For a number of years Advance Cairns has been advocating to establish the Cairns University Hospital because it not only provides considerable economic benefits but has tremendous social implications as well,” Mr Trompf said.

“Securing the land is the foundation on which an exciting health and innovation precinct will be created in coming years, which has the dual benefit of easing pressure on the existing hospital facilities as well as creating exciting new jobs growth opportunities centred around the digital era in which we now live.”

The further expansion of the Cairns University Hospital project will require at least $100m investment by the Queensland Government.

Due to the estimated population growth of about 1.4 per cent per annum and the large number of residents in Far North Queensland currently aged between 40 and 55, it is expected that demand for health services is going to continue to grow very significantly over the coming years.