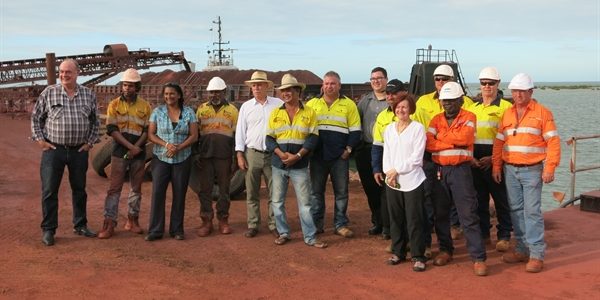 LEICHHARDT MP Warren Entsch has today released an interim report from the Committee on Northern Australia, telling Parliament that the inquiry has generated a massive level of community interest and created “high expectations”.

The Joint Select Committee on Northern Australia, of which Mr Entsch is the Chair, has been tasked with examining the potential of, and the impediments to, economic growth, the role of regulation in stimulating investment, and social factors affecting this growth.

The inquiry will also identify the critical economic and social infrastructure that is needed to support long-term growth and investment in the region, and is running in tandem with the government’s commitment to produce a white paper on Northern Australia.

“To date, the committee has received 287 submissions and 49 exhibits,” Mr Entsch said. “We’ve undertaken an extensive program of travel, with more than 20 hearings and inspections, covering a large range of locations across Northern Australia.”

The committee has identified significant opportunities for the development of Northern Australia which include:

·   the expansion of the resources sector, with a number of areas awaiting exploration or development;

·   the growth of tourism, both domestic and international;

·   increased education with provision of opportunities for international students;

·   research on health and energy and food production in the tropics;

·   the potential for a more northerly focus of Australia’s defence forces, building on current assets in North Queensland and the Northern Territory; and

·   significant opportunities to maximise development, by working with the traditional owners of the land and sea.

Major impediments to economic and social development identified include:

·   the cost of power and water, which impacts on the cost of doing business and living standards in a range of sectors;

·   land tenure arrangements, which can affect security of investment and options for development;

·   lengthy approvals processes, which can add to the time and cost of developments and impede outcomes;

·   inconsistency of processes and requirements between jurisdictions across the region;

·   high development costs, largely as a result of remoteness and the need to import most production elements;

·   availability and affordability of insurance;

·   the need to mitigate against weather risks; and

·   the high cost of service delivery to small and dispersed populations.

“Notwithstanding these impediments, the committee believes there is a way to sustainably develop the North,” Mr Entsch said.  “In the latter half of its inquiry, the committee will identify key development projects, strategies, and ways by which governments can stimulate economic development and remove impediments to growth.”

As a result of cyclone Ita forcing the rescheduling of the second week of hearings in Queensland, and the decision to hold additional hearings in Darwin and Brisbane, the Committee will now present its final report to Parliament in the first week of September.

Mr Entsch thanked all those who have provided submissions, given evidence and helped the Committee during its extensive inspection program, as well as his colleagues on the JSCNA for their “support and outstanding work”.

The full report can be viewed here