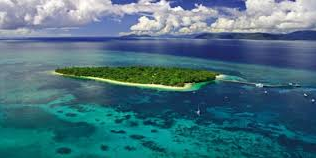 LEICHHARDT MP Warren Entsch has today introduced a Private Member’s Motion to Parliament that would see traditional hunting banned in Green Zones on the Great Barrier Reef in a move to reduce pressures on vulnerable turtle and dugong populations.

The motion also supports the introduction of legislation to prohibit the movement of turtle and dugong product outside the area in which it is caught, aiming to reduce the amount of meat that is sent around Australia with potential for commercial distribution.

Mr Entsch emphasised that he was not advocating the removal of Native Title hunting rights but added that he was fed up with seeing Cryovac boxes of dugong and turtle meat coming regularly through Cairns Airport and being sent all over Australia.

“I totally support traditional hunting, but the meat should be consumed in those traditional areas for the ceremonies that are supposed to be there, not packed up and sent all over the country where you have no control on whether or not it is commercial,” he said.

But he warned that; “…unless we have the legislative power behind them to protect [rangers] when they go out there and say, ‘You can’t do this in these green zones,’ really they are powerless”.

He highlighted the disturbing cases of hunting in the protected waters of Green Island that have featured heavily in the media in recent years.

“Particularly up around places like Green Island and Michaelmas Cay, there is a huge amount of human interaction where…. these creatures become very, very quiet because there is no threat to them,” Mr Entsch explained.

“Unfortunately, what we are seeing is a very small number of individuals who are going out there and slaughtering these creatures on a regular basis.

“They will take turtles out in front of visiting tourists, rip their guts out and leave all of the entrails on the side of the beach. They will swim around snorkelers on the reef and spear fish.

Mr Entsch was supported on the Motion by Dawson MP George Christensen, whose electorate includes the Whitsundays.  Labor has also indicated bipartisan support for the Motion, which will be voted on in the near future.

In closing, Mr Entsch acknowledged that the Great Barrier Reef Marine Park was under “a tremendous amount of scrutiny”.

“We all love it and we all appreciate the value of it,” he commented.

“I seek to put in place measures that will afford greater protection for our marine creatures within the protected zones of the Great Barrier Reef Marine Park and also to hold accountable those very few individuals who continue to abuse the traditional rights of native title hunters by slaughtering these creatures in numbers that are totally unsustainable, certainly very inappropriate and very much not in the spirit of native title.”