Grants available to support volunteers in the Far North 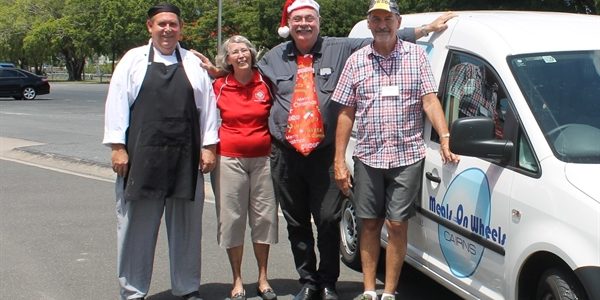 COMMUNITY organisations and not for profits play an invaluable role in Far North Queensland but are often run on the smell of an oily rag.

That’s why Leichhardt MP Warren Entsch is encouraging local groups to take advantage of grants of up to $5000 to help support the work of their volunteers.

The funding is being provided under a $10 million Volunteer Grant funding round, announced earlier this week by the Minister for Social Services, Christian Porter.

“This funding is a key part of the Australian Government’s support for volunteers who give so much of their time and energy to strengthen our communities,” Mr Entsch said.

“This is a great opportunity for community groups in Leichhardt to apply for a grant of between $1000 and $5000 to support the important work of their volunteers.

“These grants can be used by organisations for anything that helps with costs incurred by their volunteers, such as first aid training, background security checks or transport for volunteers who may have a disability.

“Community organisations can also purchase much-needed equipment, such as iPads or printers, so they can keep pace with technology.”

Last year, 5282 groups nationally benefited from these grants. Among these were 38 organisations in Leichhardt who shared in almost $160,000, directly benefiting more than 1000 volunteers.

“The grants were used for a whole range of things – from outdoor furniture and equipment for sporting clubs to computer equipment for P&Cs, first aid safety courses for marine rescue, indoor furniture and appliances for indigenous corporations, and to help wildlife rescue groups contribute to volunteers’ fuel and training costs,” Mr Entsch said.

In opening the Volunteer Grants 2016, Minister Porter said the funding was part of the Commonwealth Government’s $28 million over 2016-17 for the Strengthening Communities programme that supports the capacity of communities to address local issues.

“Funding priority will be given to organisations working in disadvantaged communities or those affected by natural disasters,” Minister Porter said.

“I particularly encourage regional and Indigenous organisations to apply,” he said.