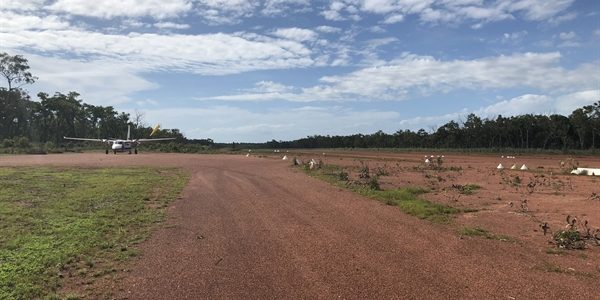 More than $2 million from the Australian Government will be invested in in upgrading five aerodromes in Cape York under round five of the Remote Airstrip Upgrade Program.

Federal Leichhardt MP Warren Entsch said the upgrades would improve access to basic services and essential deliveries such as food, medicine and mail.

He said the much-needed funding would see upgrade works start at the five airstrips throughout the region.

“Upgrades like this will ensure our remote communities remains well-connected and will help alleviate the tyranny of distance,” Mr Entsch said.

“I have seen first-hand some of the airstrips Cape York pilots are forced to operate on, and I know these upgrades will be welcomed.

“Mapoon Aboriginal Shire Council will receive $1.565 million from the Federal Government, and $2.1 million from the Queensland Government, to carry out major works at its aerodrome including a runway extension, a stronger pavement, sealing works, new lighting and backup power generation.

“Lockhart River Aboriginal Shire Council will receive $371,000 from the Federal Government to help buy and install new animal-proof fencing at its aerodrome, with the Council itself contributing more than $296,000 towards the project.”

Mr Entsch said another big-ticket project was the upgrade of the Chuulangun aerodrome which will involve repairing its gravel airstrip, fixing drainage, replacing solar airstrip lighting and restoring fencing around the airstrip.

“The Federal Government will provide almost $180,000 towards the project, with the Chuulangun Aboriginal Corporation contributing almost $57,000,” he said.

“Cook Shire Council will match the Federal Government’s $15,000 grant to repair and install new fencing at the Coen aerodrome, and match our $4,250 grant to buy and install a new broadcast system at the Cooktown aerodrome.”

Deputy Prime Minister and Infrastructure and Transport Minister Michael McCormack said the funding was part of the Federal Government’s allocation in the 2015-16 Budget of $33.7 million over four years to deliver better access and safety upgrades for remote community airstrips.

“Connectivity is important for every community, but none more so than remote towns and smaller communities across Australia which rely on good transport links to survive and thrive,” Mr McCormack said.