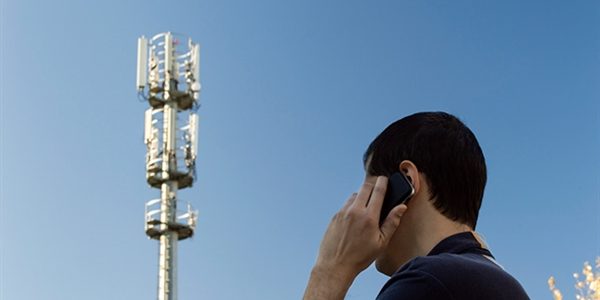 Federal Leichhardt MP Warren Entsch said mobile phone coverage at locations across Far North Queensland will be a thing of the past with construction of four new mobile phone towers set to be completed by the end of the year.

Mr Entsch said he had secured funding under the latest round of the Mobile Black Spot Program to ensure notorious dead spots at the Daintree/Cape Tribulation, Weipa, Wonga Beach and Mount Carbine were a thing of the past.

He said Telstra and Optus would start construction within months with all four new mobile phone towers set to be switched on before the end of the year.

“Mobile coverage for Cape Tribulation will be fantastic for tourism given that visitors to the region expect to be able to share their experiences on social media and online as they travel,” Mr Entsch said.

“The new tower base station will provide improved coverage to Weipa, in particular around Weipa Airport and Napranum.

“Wonga Beach, along the Mossman-Daintree Rd, and Mount Carbine will have coverage for the first time.

“The four new coverage areas will open new doors for local businesses and the community, enabling them to access the same mobile services as those in major cities.”

Mr Entsch said he would now start lobbying for an extension of the program to ensure other areas across Far North Queensland did not miss out.

“There needs to be a focus on other FNQ communities such as Rossville, Lions Den, Shiptons Flat and further coverage enhancement along the Peninsula Development Road,” he said.

“I will be seeking input from Far North Queensland communities to identify any other areas that need coverage, especially those communities that currently don’t have any.”

“We have committed $220 million to improve mobile black spots across our vast country,” Ms Mckenzie said.

“$60 million of this funding is targeting priority black spot areas with poor or no mobile coverage, like those four sites in Far North Queensland.

“Only the Coalition understands the importance of modern telecommunications for our regional communities, and has implemented a plan to deliver.

“I’m excited to reach this next milestone of the Mobile Black Spot Program and look forward to seeing the first base stations under this round completed later this year.”