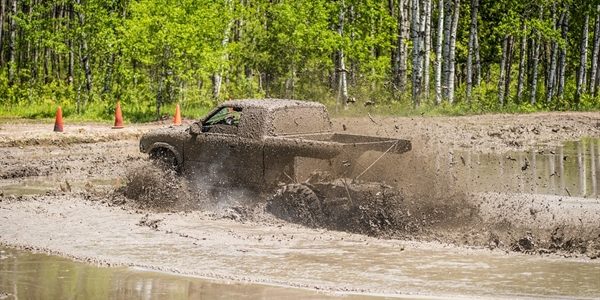 Both councils have agreed to split the costs of a $30,000 environmental feasibility study to determine the impact of sealing the popular 4WD route.

Mr Entsch said sealing the 23 kilometre stretch of road would produce numerous positives for the region including increased visitor numbers and greater economic benefits for businesses north of the Daintree River. It would also provide very positive improved access to the Wujal community.

“This project will create an iconic ring road with spectacular and contrasting environments and allow travellers to drive up the coast to Cooktown and then back inland through the Savannah Way, Mr Entsch said.”

“There is also a very serious safety aspect, and I have no doubt lives have been lost by inexperienced and unprepared drivers attempting some very challenging sections of the road. Sealing the Bloomfield Road will significantly reduce the risk to drivers.

“For those who want unsealed roads there are still plenty of them in Far North Queensland, such as the Creb Track which runs parallel to the Bloomfield Road, and there is no prospect of sealing well into the future.

“Anyone arguing against the project on environmental grounds has obviously never travelled the road in the dry season. Pollution caused by red dust on the adjoining forest is washed straight into the Barrier Reef lagoon, along with mud and sediment when drivers cross unbridged creeks.

Mr Entsch said “people who fear a sealed Bloomfield Road will create congestion should think again because it already exists. Maybe what the area needs is a larger ferry to take drivers across the Daintree River.”

“Given the Douglas Shire Council is opposed to the sealing maybe it should consider review its shire boundaries as it is my understanding Cook Shire Council would be open to extending its boundary down to the edge of the northern side of the Daintree River.

“I look forward to seeing the results of the environmental impact study and working closely with Cook Shire and Wujal Wujal Aboriginal Shire Councils on this.

“If the study results are positive I will be pushing for Federal funding to make this project happen, Mr Entsch said.”