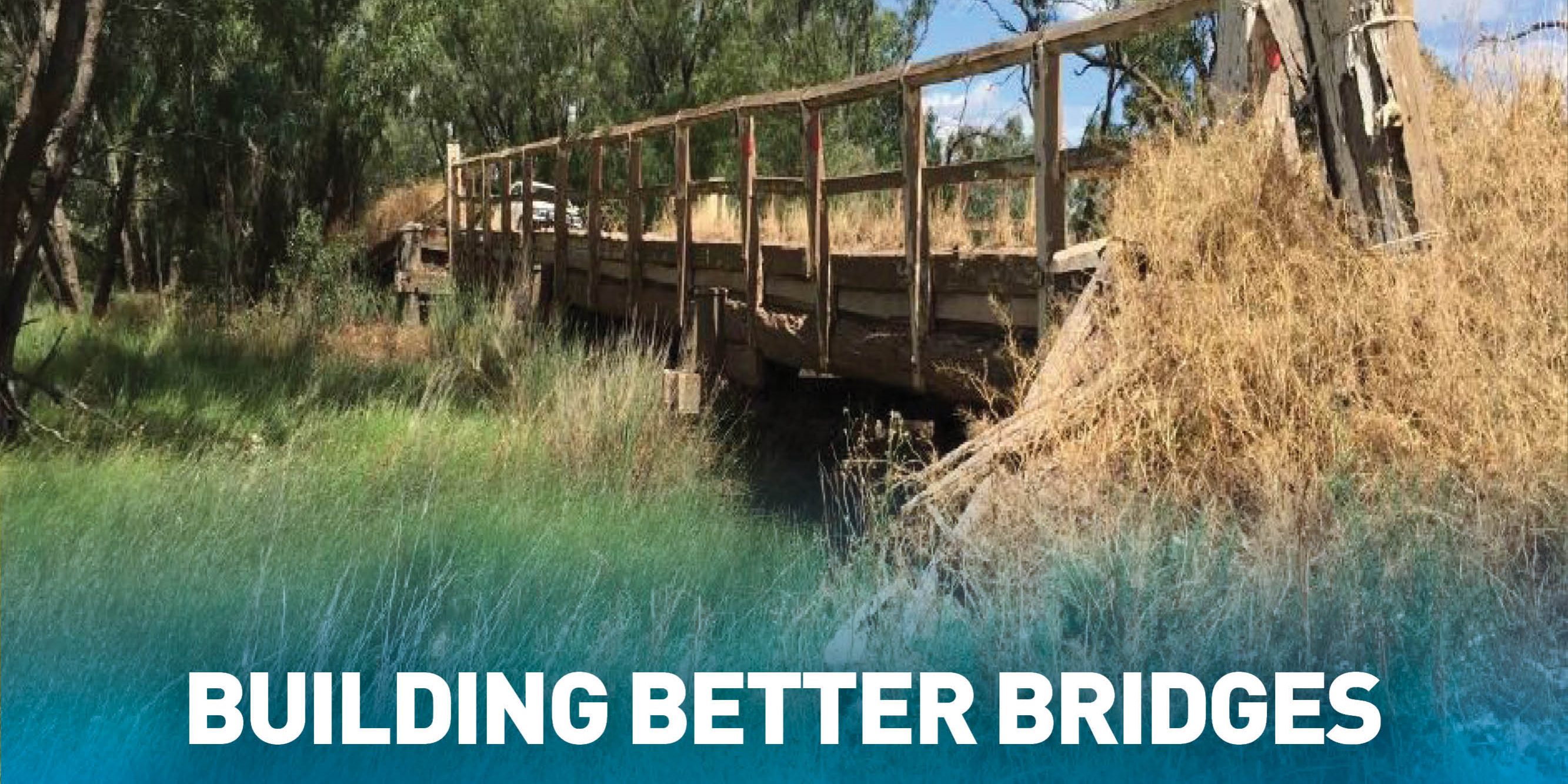 Better and safer bridges are on the way to Cook and Douglas Shire Councils thanks to an investment from the federal government under its highly-successful Bridges Renewal Program.

The federal government investment represents 50 per cent of the total cost of both projects.

Federal Leichhardt MP Warren Entsch said upgrading ageing bridges was just another example of the government’s plan to invest in the region’s road safety and help get people home sooner and safer.

He said planning works on the two bridge projects were already underway.

“We will replace the existing timber Jensen’s Crossing Bridge with a concrete bridge and works at Poletti Bridge include the construction a single span concrete bridge, including positioned concrete deck units, new abutments including new piles installation and provision for a temporary bypass downstream.

“I am pleased that Jensen’s Crossing Bridge and Poletti Bridge have received funding under this round and I look forward to seeing this investment make a positive difference for those travelling in the two respective regions.”

Cook Shire Mayor Peter Scott welcomed the investment saying once completed the new bridge would greatly improve the way of life for many residents.

“The $662,700 has been made available from the federal government’s Bridges Renewal Program and will provide a safe and secure river crossing that is essential access to home and to town for dozens of rural and residential residents.

“The scenic route also provides an alternative drive to Hopevale and beyond and the old bridge has access problems every wet season.”

Deputy Prime Minister Michael McCormack said the federal government had committed $640 million for vital bridgeworks between 2015–16 and 2022–23 with an ongoing commitment of $85 million each year following.

“The Bridges Renewal Program provides up to 50 per cent of the cost of repairing or replacing old and unsafe local bridges, which is a fantastic win for local communities,” Mr McCormack said.

“Under Round 4, the Government has committed $57 million to help fund vital local bridgeworks following the completion of an open, merit-based selection process.”