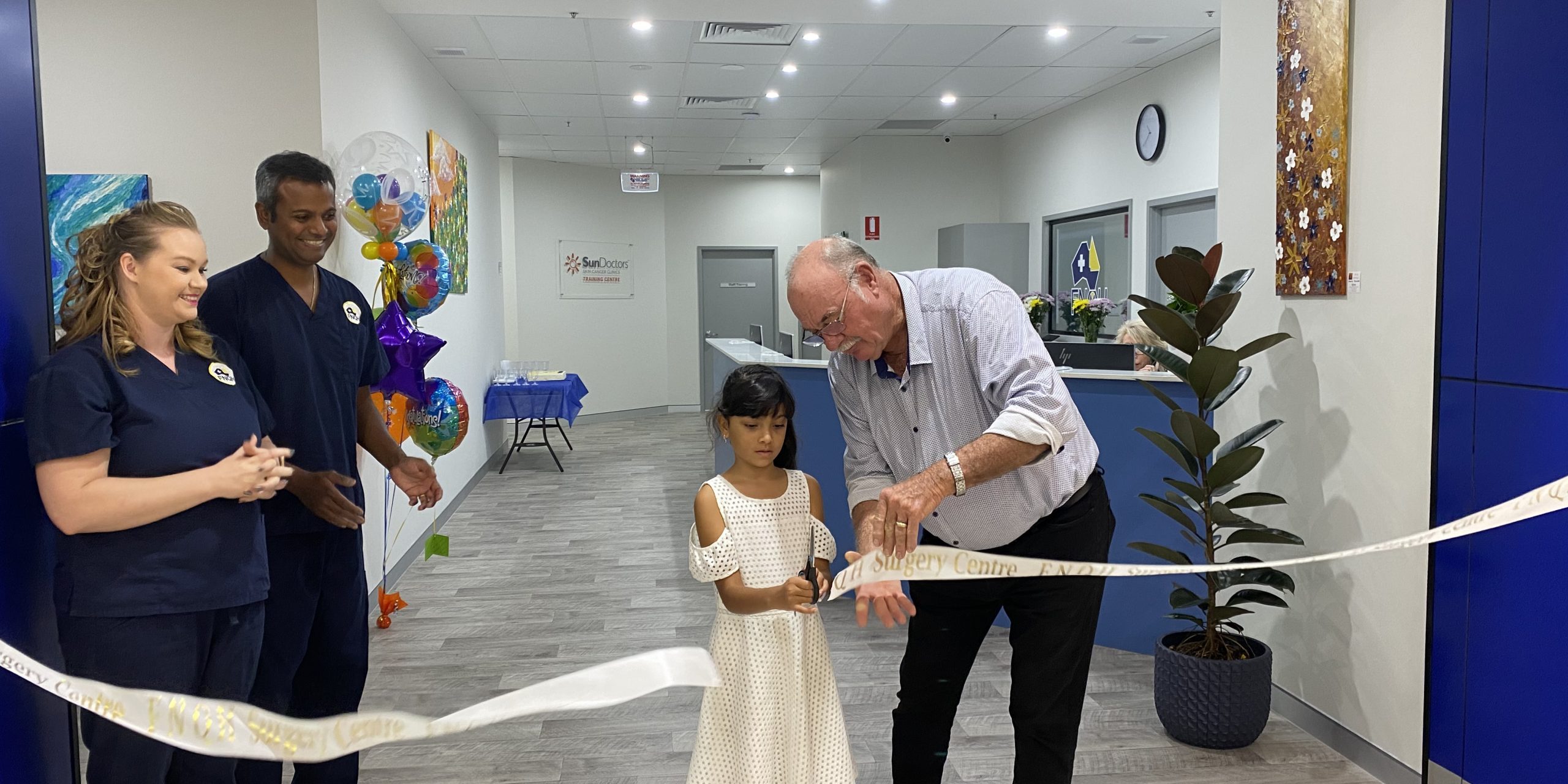 Melanoma of the skin is the fourth most commonly diagnosed cancer in Australia with about 15,691 people diagnosed each year.

Sadly, of those who are diagnosed about 1,769 will die each year despite Melanoma being largely a preventable cancer.

He said the centre had recently undergone an expansion, which he officially opened, now includes a dedicated surgery space with the view of being accredited as a bulk-billing day hospital.

“I encourage all Far North Queenslanders to follow the five protective behaviours: slip on shirt, slop on sunscreen; slap on a hat; seek shade and slide on some sun glasses,” Mr Entsch said

“Sadly our region has an increased risk of skin cancer greater than the national average, something that cannot be ignored.

“If you are concerned about a change in your skin see your doctor.

“The first sign of Melanoma is a change of appearance in an existing mole or a new spot, making skin checks important.

“Importantly, in Australia the five year survival rate for this cancer is high at approximately 91 per cent, which reflects our world class and accessible health care system.”

FNQH Cairns Medical and Skin Cancer Centre, which is owned and operated by Dr Vin Rajeswaran and Tarlia Rajeswaran, is the only fully bulk-billing skin cancer clinic in the region.

Ms Rajeswaran said the centre offers everything from skin checks, biopsies, skin cancer surgery and all follow up care.

“We are also the National Training Centre for Sun Doctors which means doctors are coming to Cairns to train with our senior doctors.

“Our goal moving forward is to be in a position to significantly reduce the public waiting list for minor operations and removals of skin cancers for patients across the region.”

Mr Entsch said the federal government’s PBS expenditure for melanoma drugs (for all indications) in the 2018-19 financial year was approximately $740 million.

He said late last year the government expanded the current PBS listings of Tafinlar® and Mekinist® to include subsidies for post-surgery treatment for patients who have Stages IIIB, IIIC and IIID melanoma.