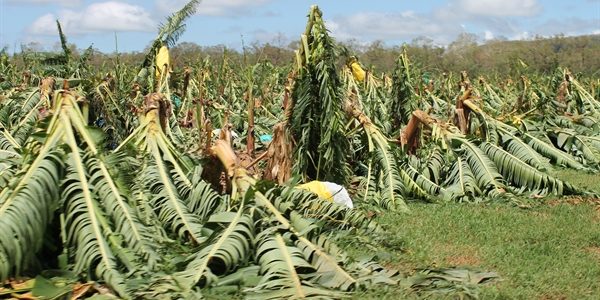 FEDERAL Member for Leichhardt Warren Entsch has welcomed the announcement of a Northern Australia Insurance Premiums Taskforce, saying the $2-million Federal Government investment was a light at the end of a very long tunnel.

“Getting where we are today has been about going down every avenue to prove that we don’t have access to affordable insurance here in Far North Queensland – which is, in effect, market failure,” said Mr Entsch.

“We’ve already taken a number of significant steps including: allocating $12.5-million in the last Federal Budget to examine the resilience of strata properties in North Queensland through an engineering assessment; and the Australian Government Actuary investigating our high cost of insurance.

“The Federal Government is also launching its aggregator website this week to provide greater transparency of home and contents insurance,” said Mr Entsch.

He said today’s $2-million announcement will allow the Federal Government’s new Taskforce to focus in on creating business models for two specific solutions.

“The first option the Taskforce will look into is a Government-run reinsurance pool,” he said.

“The Taskforce will operate for six months – providing an interim report after three months – and then deliver a comprehensive report recommending the best way forward.”

Mr Entsch thanked Prime Minister Tony Abbott for his support in getting to this point.

“It’s been a long journey. The previous Government refused to do anything about this issue for a long time, and the insurance industry – including The Insurance Council of Australia – refused to even acknowledge there was a problem,” he said.

“I’m looking forward to working with the Prime Minister’s office as we move into the next phase when this taskforce begins conducting its assessments,” he said.

Mr Entsch acknowledged that he was originally introduced to the idea of a mutual by the Cairns Chamber of Commerce.

He also said he appreciated the outstanding support from representatives of REGIS Mutual Management and international reinsurer Willis Re: “They both assisted in the preparation of a submission which I submitted to government and they made themselves available during the assessment time to answer technical questions.”