Entsch calls on Labor to stop the spin 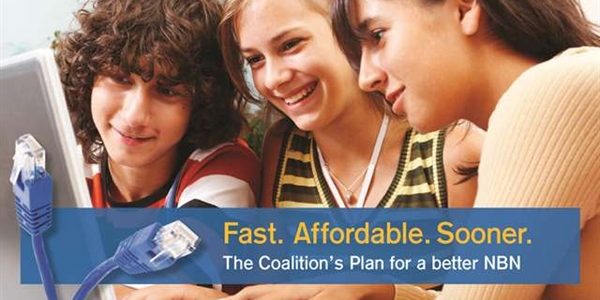 “Albanese was in Bundaberg yesterday and pulled the same stunt down there,” Mr Entsch said.

“This is typical of the slash and cut fear campaign that Labor are trying to create and, quite frankly, it is getting pathetic.

“Claims that Cairns will be worse off under the Coalition’s NBN plan are simply dishonest.

“The reality is that what has already been planned and construction begun will be continued and completed and, I suspect, in a much quicker time than what we are seeing at the moment.”

Mr Entsch said Labor had been misleading the Australian people on broadband and the NBN for six years.

“Earlier this month Mr Albanese himself admitted that Labor’s NBN had only 60 per cent of the workforce it needed to meet its own schedule ? they are falling like flies,” he said.

“”Labor is no longer in control of the company it has set up to deliver its broadband policy, they are way behind schedule and way over budget.”

Mr Entsch said the people of Cairns deserved promises of substance, not spin.

“It seems to me whenever there is an opportunity like the election Labor don the NBN hats, put their yellow coats on, stand around what looks like a trench with a cable coming out and make these outrageous and very, very dishonest claims,” he said.

“What Mr Albanese did not say during his whirlwind trip to Cairns was that under Labor’s plan, typically businesses, schools, government offices and multi-unit dwellings will not be connected because they failed to factor the cost of that into their final roll out,” Mr Entsch said.

“Obviously we have a huge number of apartment complexes here in Cairns so this is a major oversight.

“This will be one of the first shortcomings of the current NBN that a Coalition government will address if we are elected on September 7.

“The other thing he didn’t tell you is that after the initial connection, the monthly charges users pay on average would more than double by 2021.

Mr Entsch said the Coalition was offering a much more cost effective, affordable plan with greater access across a broader spectrum, particularly for residents of Leichhardt.

“Under a Coalition NBN, the average household will save $300 per year by that date compared to Labor’s broadband plan,” he said.