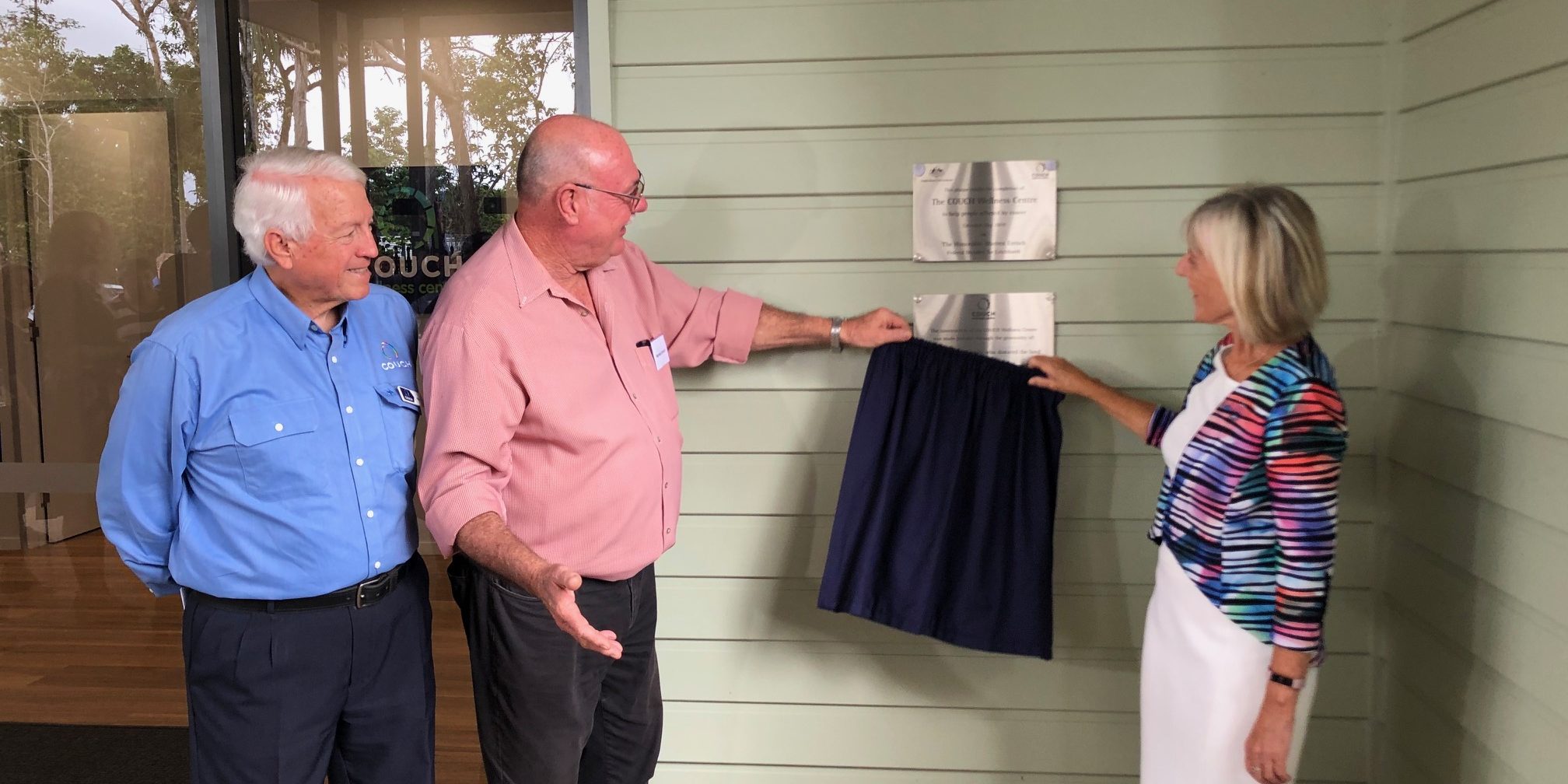 The Coalition Government invested $1.5 million in the project with COUCH contributing the remaining $1.6 million.

Federal Leichhardt MP Warren Entsch, who officially opened the centre today, said the construction of the wellness centre will allow patients from across the region to seek holistic support, advice and services to complement their chosen cancer treatment pathway.

“At such a difficult time in people’s lives, it is important they are able to access services close to home within their own support networks,” Mr Entsch said.

“This new centre will increase people’s access to health professionals by reducing their need to travel south.

“The new centre will provide the best tools and advice that patients and their families might need to navigate their diagnosis, maintain their health and encourage well-being during all phases of cancer care.”

He said the vision of COUCH co-founder, the late Charles Woodward, had finally been realised with the ribbon-cutting undertaken by his wife and board member Pip Woodward.

“On behalf of the COUCH board, I would like to thank the Far North Queensland community, businesses large and small, the Woodward family, Hand Heart Pocket and the Federal Government for making today’s opening of the COUCH Wellness Centre possible,” Mr Holden said.

“Every one of us has been affected by cancer in one way or another, and Charlie’s vision was for everyone in Far North Queensland to have the same level of access to high-quality cancer care and support as those residing in capital cities.

“I consider it a privilege and an honour to lead an organisation where members, staff and volunteers give selflessly of themselves and their time, energy and expertise.”

Mr Entsch said the federal government had also announced a $1.3 million investment to facilitate the second stage development of the COUCH Wellness Centre.

He said this investment would support the future construction of much-needed short-term accommodation facilities for Far North Queensland patients visiting Cairns for treatment for cancer and other illnesses.

“I worked extremely closely with the Woodward family, particularly Charles, to secure $8.3 million in federal funding that led to the establishment of the Liz Plummer Cancer Care Centre,” he said.

“This latest investment completes the trifecta of funding I have fought extremely hard to secure for COUCH.

“What COUCH has already delivered for our community is simply amazing.”