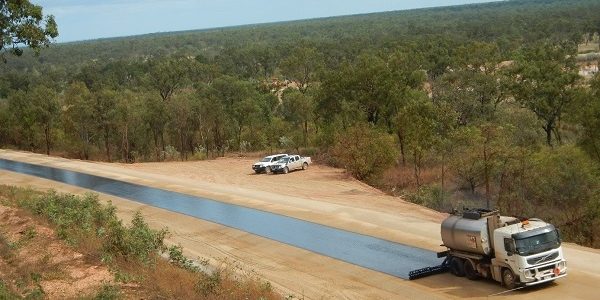 Contracts have been awarded to seal an additional 35 kilometres of the Peninsula Developmental Road (PDR) this year at Coen South and Archer to Wolverton as part of the Cape York Region Package (CYRP) of works.

The joint announcement was made today by Minister for Infrastructure and Transport Darren Chester, Queensland Minister for Main Roads and Road Safety Mark Bailey, Treasurer and Minister for Aboriginal and Torres Strait Islander Partnerships Curtis Pitt and the Member for Leichardt Warren Entsch.

“The impetus behind the $260.5 million CYRP is to facilitate economic growth in the Cape York region by upgrading key roads and infrastructure to better connect areas of economic opportunity with Indigenous and other local communities,” Mr Chester said.

“Deliberate decisions have been made at a federal and state government level about how to deliver the projects in order to best achieve this aim, while also including measurements that relate to Indigenous and non-Indigenous training and upskilling.”

“These were used to great effect in 2015 with, for example, more than 20 Indigenous trainees being trained on the job and more than 80 Indigenous people working in various capacities on the PDR at the peak of construction. We expect these great results to continue during 2016.”

“The award of the Coen South and Archer to Wolverton contracts concludes a comprehensive procurement process, with work expected to begin in a matter of weeks,” Mr Bailey said.

“Both the Coen South and Archer to Wolverton projects will connect with existing bitumen seal.

“This means that road users in the Coen area will enjoy 53.5 kilometres of uninterrupted sealed road while those accessing the Archer River area will be able to drive for 52.3 kilometres before returning to unsealed conditions.”

Treasurer and Minister for Aboriginal and Torres Strait Islander Partnerships Curtis Pitt said an average 180 direct jobs would be supported over the life of the four projects being delivered this year.

“Last year this infrastructure program led to a significant boost in employment and business opportunities for Indigenous people around the Cape and Western Queensland,” Mr Pitt said.

“We identified successful tendering aspects of the 2015 program to retain in this year’s program of works to focus on: Indigenous and non-Indigenous training and upskilling, the implementation of an Indigenous Economic Opportunities Plan and local industry participation.

“The Department of Aboriginal and Torres Strait Islander Partnerships has already surpassed the jobs targets outlined in its Service Delivery Statement but I’m confident we can do even better, so I encourage Indigenous businesses to put in competitive tenders to be involved in this work.”

Mr Entsch said the PDR will soon be a hive of roadworks activity, for the third year running.

“RoadTek is already onsite gearing up for the delivery of the 12 kilometre Musgrave project and tenders closed on 4 August 2016 for the 4.6 kilometre Little Laura to Fairview projects,” Mr Entsch said.

“The amount of continuous bitumen seal on the PDR will have considerably grown by the end of 2016.”

“The CYRP is not just seeing improvements in infrastructure but also real and ongoing benefits to the people of Cape York.”