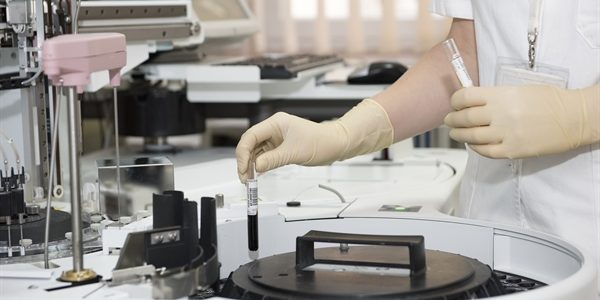 FEDERAL Member for Leichhardt has congratulated James Cook University for its innovation and determination to develop a new tuberculosis vaccine and help save millions of lives.

JCU’s Australian Institute of Tropical Health and Medicine (AITHM) has begun new research in Cairns and Townsville, led by Dr Andreas Kupz, to understand aspects of the immune response to tuberculosis (TB), which is needed to generate new and better vaccines.
Mr Entsch said TB may be under control in Australia, but the situation remains grim in neighbouring countries.

“The Asia-Pacific region bears more than 60 per cent of the global burden of tuberculosis,” Mr Entsch said.

“There are 30,000 – 50,000 border crossings per year between PNG and Torres Strait, and there have been a series of contagious disease outbreaks, including MDR-TB.

“Communities at greatest risk are Torres Strait, Cape York and Cairns.
“I applaud the work being done by Dr. Kupz, Professor Louis Schofiled, and Professor Emma who are not only working on developing a TB vaccine, but also health security in the Western Pacific,” Mr Entsch said.

“Better treatment of TB will not only help suffers in the Asia Pacific and around the world, but will also reduce the number of Papua New Guineans travelling to Australia for treatment.

“Thanks to Australian and international investments in research and development we’ve come a long way in developing simpler diagnostics, and we are well-progressed in trialling shorter oral treatments, but there is still much work to be done on developing a new vaccine.

“Whilst representing Australia at the United Nations in New York I will continue to lobby for a reprioritisation of TB within the global fund, and seek a commitment for a significant increase in funding for research into a TB vaccine so we can end this insidious disease,” Mr Entsch said.
(ENDS)