BRING ON THE BACKPACKER BOOM 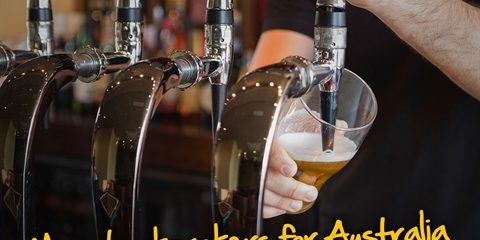 THE Far North could see an increase in working holiday makers after the Turnbull Government launched a global $10 million campaign to attract more of the young travellers to Australia.

Leichhardt MP Warren Entsch said the campaign builds on the Coalition’s recent reform package, which will make Australia a world-leading destination for young people wanting to experience a working holiday.

“Combined with the Far North’s natural beauty and overall safety, and the employment opportunities in our region, conditions are ripe for a backpacker boost,” Mr Entsch said.

“I’ve welcomed the new package because it’s much fairer on working holiday makers and creates more opportunities for local employers, as well as cracking down on those few operators who are doing the wrong thing by exploiting backpackers.”

Key highlights of the Turnbull Government’s reform package include:

“The campaign, by Tourism Australia, invites young people around the world to come to Australia for a life-changing experience, working and holidaying in our beautiful country,” he said.

“I’ll be working with local tourism operators to make sure our region maximises the benefits from this new campaign.”