Boosting maritime capacity in the Pacific 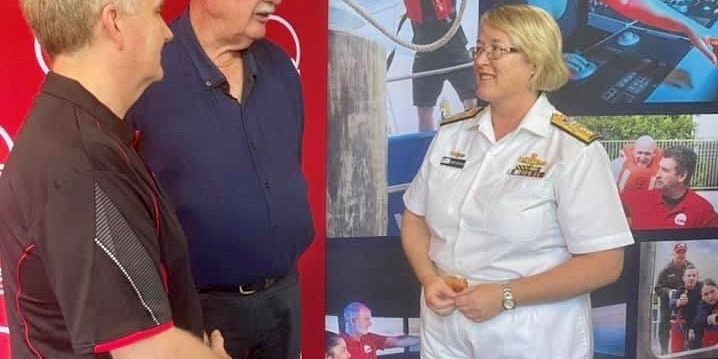 The Morrison Government has awarded TAFE Queensland a $36 million contract to provide mariner training and support to the Navy crews of the Guardian-class Patrol Boats.

The funding is being delivered as part of the Morrison Government’s $2 billion Pacific Maritime Security Program to strengthen maritime capability in the Pacific.

Acting Minister for Defence Marise Payne said the Pacific Maritime Security Program training contract is designed to adapt and adjust, to meet the needs of our Pacific partners.

“A modern and innovative training approach offered by TAFE Queensland will have significant strategic benefits in the Pacific,” Minister Payne said.

“This, coupled with their established infrastructure in Australia and experience in delivering services in the Pacific, will enable TAFE Queensland to help achieve the outcomes of the Pacific Step-Up Program and the Pacific Maritime Security Program.

“This contract builds upon the success of the previous Pacific Patrol Boat training services contract, by providing new contemporary training for the Guardian-class Patrol Boat crew.”

“I am thrilled that TAFE Queensland has been awarded this significant contract which will bring economic benefits to the region,” Mr Entsch said.

“Cairns is ideally located to mount and sustain maritime patrol and hydrographic operations, and the base is well served by the local Cairns ship repair industry.

“This five-year contract will generate 24 new jobs in the region in addition to the more than 400 direct industry ship sustainment jobs in Cairns which are already supporting the Morrison Government’s naval shipbuilding and sustainment plan.

“Being located near the broader Cairns Maritime Precinct will allow TAFE Queensland to access and support local companies in Cairns, which comes at such an important time while the economy recovers from the impacts of COVID-19.”