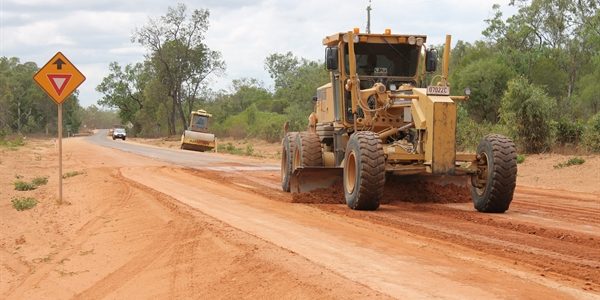 Work on a 9.2 kilometre stretch of the Peninsula Developmental Road from Myall Creek to Rio Boundary is set to begin in coming weeks after a contract was awarded to Far North company North Queensland Civil Engineering Contracting.

Federal Minister for Infrastructure and Transport Darren Chester said the sealing project, part of the $260.5 million Cape York Region Package, was an important step towards improving safety and connectivity for local communities, freight operators and tourists in the Cape York region.

“The Cape York Region Package is in its fourth year of delivery with more than 130 kilometres of road sealing delivered along the Peninsula Developmental Road with four more projects scheduled to start this dry season,” Mr Chester said.

“The company has long standing experience delivering projects within the Cape York region and has recently delivered the 5 kilometre Little Laura to Fairview road sealing project, with Indigenous employees accounting for 94 per cent of work staff in October 2016,” Mr Miles said.

“This new project will seal another key section of the PDR, connecting remote Cape York communities and improving road safety and travel times for motorists, travellers and of course heavy vehicles.”

Federal Member for Leichhardt Warren Entsch said the Cape York Region Package would support more than 120 direct jobs over the life of the programme.

“This means more employment and training opportunities for Indigenous people – which is a real a priority in the Cape York region. The entire package is gaining momentum, with the awarding of this contract following on from the recent start of sealing works on the Laura Racecourse to Little Laura project,” Mr Entsch said.

The Myall Creek to Rio Boundary project is scheduled for completion in late-2017 weather permitting. The Australian Government is committed to providing up to $208.4 million, and the Queensland Government $52.1 million, toward the $260.5 million Cape York Region Package.

For further information on the project visit www.tmr.qld.gov.au/Projects/Name/C/Cape-York-Region-Package-Peninsula-Developmental-Road