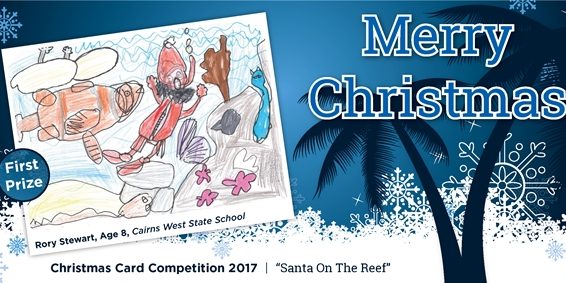 What an amazing year 2017 has been! Together we’ve achieved a lot for Leichhardt, and I thank you for your contribution in helping grow our magical tropical region so that it may realise its full potential, not just as a natural beauty, but also as a place where jobs are increasing, the economy is growing, tourism and other industries are expanding, and we are all benefiting well into the future.

The end of the year is an opportune time to reflect on the year that has passed and celebrate the achievements we have made.

I am pleased all my election promises have all been approved and delivered with Federal Funding. These include:

On top of my election commitments, there have been many other projects that I have delivered.

Of course, there have also been many other non-monetary achievements that have led to positive outcomes for our region including;

There is still much I am focussed on achieving for you in 2018. I look forward to working with you on a range of local projects and together strengthening our region for an even brighter future.

At this point, I would like to pay my respects to five outstanding local individuals who passed away in 2017 – Dr Evelyn Scott, AO, Mr Ronald Keith Ireland, OAM, Bishop Saibo Mabo, Father Dave Passi and Mr Charles Woodward.

In different ways these amazing human beings made an enormous contribution to Far North Queensland for the betterment of all who live here.

My thoughts to go out to the families of these fine Far North Queenslanders, and others who have lost loved ones throughout the year.

Christmas can be a particularly hard time for some, so I encourage everybody to think of those at this time, show your support, and help spread a little goodwill to those who need it most.

I wish you and yours a very Merry Christmas. May you stay safe, enjoy the holidays, cherish the time you have with family and friends, and be kind to each other.