A week of lasers, art and other science fun in Cairns 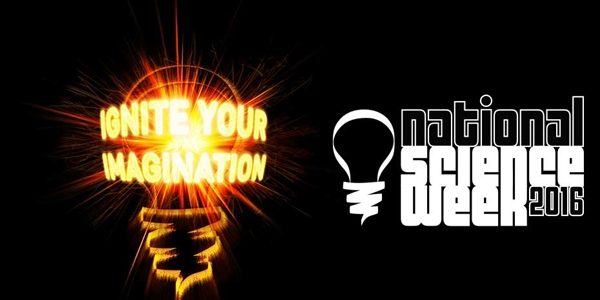 A laser show, interactive art, and a Pecha Kucha night are all ways that Cairns locals can celebrate this year’s National Science Week, says Federal Member for Leichhardt Warren Entsch.

“Science is essential to our future jobs, our future prosperity and our future quality of life,” he said, “which is why we should all use National Science Week as an opportunity to meet scientists, discuss hot topics, participate in science and celebrate its cultural and economic impact on society.”

Australia is celebrating with over 1,500 events across the country. Here in Cairns the highlights include:

Mr Entsch says residents from all across Leichhardt can also contribute to real scientific research from the comfort of their own homes by participating in the ABC’s National Science Week citizen project ‘Wildlife Spotter’ (www. www.wildlifespotter.net.au.) spotting quolls, malleefowl, Tassie devils, cats and many more animals captured in photos.

“You can be a citizen scientist and help to identify animals in roughly a million images taken all across Australia by automated cameras,” said Mr Entsch.

First held in 1997, National Science Week has become one of Australia’s largest festivals and last year saw a staggering 1.3 million people participate in over 1,500 events and activities.

In 2016, National Science Week events will be held right throughout Australia—from astronomy at Uluru to a science film night in the Antarctic—with everything from science festivals, music and comedy shows, expert panel discussions, interactive hands-on displays, open days and online activities.

The festival is proudly supported by the Australian Government; partners CSIRO, the Australian Science Teachers Association and the ABC; and sponsors Cosmos, Discovery Science, NewScientist and Popular Science.

“The Federal Government invested $9.7 billion in science, research and innovation in the last financial year – demonstrating its importance to Australia’s economy and our future.

National Science Week 2016 will run from 13 – 21 August. Event details can be found at: www.scienceweek.net.au.