15 hours of preschool a week for all Leichhardt kids 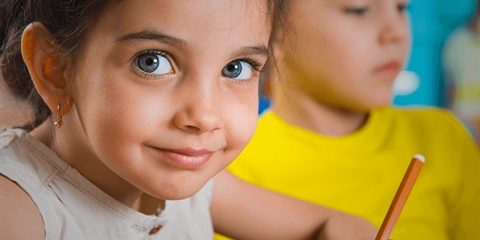 The Coalition Government will make sure that all Far Northern children can access 15 hours of preschool a week under a new agreement for early childhood education.

The move has been welcomed by Leichhardt MP Warren Entsch, who said more than 2800 four- and five-year-olds in Leichhardt were set to reap the benefits of the additional $3.5 million in local funding announced by the Government for preschool education.

Last night’s Budget outlined a government investment of an additional $2.5 billion over the forward estimates in the early learning and child care system. As a result, families can expect increased subsidies targeted at people working the most and earning the least, as well as relief from the annual $7,500 rebate cap for low and middle income earners and downward pressure on incessant fee increases through our hourly rate cap.

“We want to see children in FNQ and across Australia have the best possible start to their education,” Mr Entsch said. “We know that a quality preschool education is critical for laying the foundations for successful learning, including transition to full-time school and future school success.

“Our commitment gives certainty that all children in the year before school will continue to have access to 15 hours of preschool a week (600 hours a year) in 2018. Combined with the landmark child care reforms we passed through Parliament earlier this year, this announcement will make child care and early learning more affordable and accessible for local families.”

“The 2018 extension of the National Partnership Agreement will provide certainty and consistency for Australian families, preschools and long day care centres as we implement our school and child care reforms next year,” Minister Birmingham said.

“It will also allow for proper discussions with the states and territories on how we fairly guarantee at least 15 hours of preschool beyond that, given the very different models of preschool delivery that apply from one state to another. This extension to preschool support, combined with our landmark child care and early learning reforms, makes the Turnbull Government’s commitment to early childhood education clear.”